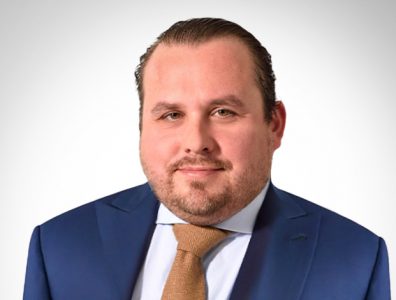 While there is potential, Mexico is not unique. If not given the proper conditions, investments will go elsewhere.

Miguel Peleteiro, head of oil and gas for Kroll, talks to The Energy Year about how Mexico can capitalise on its fossil fuels potential and exploit current market conditions and the company’s work on hydrocarbons-related litigation. Kroll is a consultancy that provides legal and financial services to key players in the hydrocarbons sector.

How has investor sentiment towards hydrocarbons projects recently changed in Mexico?
Mexico has witnessed numerous reforms in different sectors of its economy, but especially in energy. Energy infrastructure and large projects need stability to attract necessary investments and recent changes have been highly destabilising. Investors have adopted a wait-and-see approach until these changes are better defined. In the E&P space, the only significant change is the halting of bid rounds. With Brent and WTI over USD 100 per barrel, the mood of investors has shifted positively.
Another important factor is the energy transition, which is not materialising as fast as many environmentalists would like. The use of hydrocarbons in the next 10-15 years will be reduced but not abandoned. The transition makes projects difficult to develop, especially Mexico’s promising ultra-deepwater plays in the Gulf of Mexico. These long-term projects are at their limit; companies will either take the risk or leave them. Taking investments for a 20-year project does not make sense if your business horizon is 10 years.

How can Mexico capitalise on its fossil fuels potential and exploit current market conditions?
It is possible that upstream bid rounds will be relaunched, despite the government being against the idea and amid an energy transition. In this quest, private companies will be instrumental. Mexico has already worked on hybrid service contract models with private participation, which gives an opening to public-private participation as a way forwards.
Mexico needs to realise its attractiveness for investors. However, it now competes with other attractive investment hotspots like Guyana, Suriname, Colombia, Ecuador, Bolivia and Argentina. Venezuela has also recently entered the limelight after the US proposed reopening crude trade with them. While there is potential, Mexico is not unique. If not given the proper conditions, investments will go elsewhere.
Mexico has generated a decent-sized private sector with super-majors such as Eni, Shell and TotalEnergies and local and foreign independent firms such as PetroBAL, Cotemar, Jaguar E&P, Citla, Talos Energy and Hokchi that plan to stay for the long run. It will be thanks to these companies that the upstream sector keeps growing and investment sentiment continues to rise.

What challenges does the country face in its focus on public entities in the oil and gas sector?
The energy sector has a very strong ideological component in Mexico. The current administration has implemented radical changes compared to the previous one, especially in the treatment of national companies such as Pemex and the CFE [Federal Electricity Commission]. It is difficult to strengthen a national company with only public resources.
Oil and gas is a capital-intensive business. It is also technically intensive, which requires technical resources held by private companies. Enhancing Pemex might have its logic, but it needs to be effective and lead to an increase in production, which we have not seen.
Industry leaders hope the country will hit production of 1.8 million bopd. If this is achieved, it will be thanks to the private sector excelling in this area. Private operators have substantially increased their production flows in the last few months.

What current hurdles does Pemex need to overcome in its downstream operations?
Pemex peaked at production rates of 3.5 million bopd in the early 2000s. Its infrastructure and capacity are designed for this volume but are now barely handling 1.4 million-1.5 million bopd. The installed system is sized for a larger production than it has today, which has a domino effect along the entire value chain. Refineries are configured for a specific feedstock.
The Mexican oil mixture has changed its specifications requiring the import to light crudes to blend the current production and Pemex can no longer feed its refineries. They need to be adapted to today’s product specifications. Parallel to this, we have the Dos Bocas refinery, which is an investment that will be amortised in 20-30 years, but no one knows when it will reach the end of its lifespan. The heavily producing Cantarell field is also undergoing a steep decline.

What are the latest trends in Mexico’s upstream sector?
We are witnessing a lot of movement. There is a transactional process based on the 107 blocks allocated during the recent diverse bid round. The round was interrupted by a change in administration, which meant participants who wanted to create a larger portfolio could not do so. Some companies are satisfied with one or two blocks, but super-majors want more. They try to reorganise their assets through different transactions.
For example, Lukoil is actively acquiring blocks and TotalEnergies and Eni have farmed out their interests. Companies such as Fieldwood Energy have left and others are diluting their interests. Hokchi has opened its doors to Ainda to take over a percentage of its interests.
We are facilitators in connecting sellers and potential buyers. We specialise in corporate finance and work with a significant number of large international investment funds. We have reasonable access to debt and equity markets in London and New York, which allows us to reach potential buyers more efficiently than local players. We are involved in many oil and gas transactions and post deal services in Mexico. When companies such as Goldman Sachs, Morgan Stanley and JP Morgan reject transactions under USD 500 million, we provide our services.

What is Duff & Phelps’ current focus?
Duff & Phelps was born in the 1930s and specialised in complex valuation of financial and fixed assets. This remains our core business, accounting for more than 50% of our activity worldwide. We are global leaders in valuation and corporate finance advisory services with an expertise in complex and corporate valuation services, dispute consulting, M&A, restructuring and compliance and regulatory consulting.
Over the last 20 years we have grown organically and inorganically through acquisitions. Every year we complete several acquisitions valued at USD 100 million-150 million, and approximately every four years we make a slightly larger acquisition valued at USD 400 million-500 million.
Our last acquisition was Kroll in 2018, which is a firm specialised in corporate intelligence and forensic investigations, white collar crime, due diligence solutions and litigation assistance. We currently have a presence in 35 countries, with Mexico being a key market for us. In 2022, we rebranded the original Duff & Phelps group to Kroll, integrating the different firm brands under one unique business culture.
Our oil and gas team in Mexico is robust and accounts for a quarter of the personnel we have in the country. We use our Mexican office to cover almost all relevant oil and gas markets globally and clients in our portfolio include Pemex in Mexico, YPF in Argentina, Petrobras in Brazil, Ecopetrol in Colombia and BP and Repsol in Trinidad and Tobago. We have also helped Guyana reconfigure their hydrocarbons tax system and we are helping the government of Ecuador in its more recent energy reform. We have a strong footprint in Latin America.
Oil and gas operations represent around 5% of our activities. We provide fairness opinions for listed companies, review of bonds, investment attraction and business restructuring. For example, we are now assisting a local sponsor of a petrochemical plant in the Suez Canal valued at USD 2.5 billion. We are also running Sonangol’s divestment programme and have provided structuring and active international litigations in Algeria.

How is the company helping Pemex become more profitable?
Pemex has been an important and loyal client for more than eight years. We manage their operated and non-operated JVs. We assist in reporting, partner relations and preparing development plans in the areas of finance and strategy. We help them find a better use of their assets and move them from being a cost centre to a profit centre.
It is often said that Pemex is in a dire economic situation, which is true to a certain extent. However, we underestimate the potential of Pemex’s assets in saying this. Pemex is a state-owned enterprise with a large portfolio of non-oil assets in real estate and infrastructure.
There is a large part of the company’s oil portfolio that should not be part of its cost centre. For example, Pemex E&P has approximately USD 27 billion in net book value of primary midstream assets that need to be capitalised on. We have identified these assets, segregated them and negotiated a tariff with authorities to generate cashflow and close down contracts for the provision of transport services.

What kind of work do you do with oil and gas services companies?
Since the energy reform in 2013 and consequent opening up of the market, we have worked for almost all international oil services players in Mexico and all companies that have consolidated a JV with Pemex such as Inpex or Wintershall Dea. We have also worked with local companies such as Cotemar and Grupo R. Additionally, we work with international oilfield services providers such as SLB, Halliburton and Baker Hughes.
There has recently been a strong movement from players who won blocks in Round 1.3 and Rounds 2.3-2.4. Some companies are looking to farm out interest to continue development or monetise investment and reduce risk. In the last few months, we have had seven to eight requests to value blocks, provide transactional assistance, seek partners and raise money through lending.
The E&P transactional market has been reactivated this year due to the raised price of oil. There is also more clarity in the government’s intentions. The unofficial rumours of expropriation hovering around the industry at the beginning of the administration of AMLO [President Andrés Manuel López Obrador] have vanished.

Has the company seen a rise in demand for specific areas within its portfolio?
Dispute resolution is growing rapidly and is in high demand due to the unstable environment in the energy industry. Many changes to the regulatory framework have been made in Mexico over the last few years, which ultimately provokes conflict. Companies are willing to defend their interests against the government. We have developed this service in Mexico, and it has ample room to grow.
A second area of growth is cybersecurity. The rise of digital technology has brought new threats. When the Colonial Pipeline was digitally hijacked in the US, we assisted in the resolution. There are risks intrinsic to the industry that are often not taken seriously. Mexico is a stone’s throw from the US, which means that the risk of a cyberattack is real. After acquiring Kroll in 2018, we solidified our cyber and physical security offering. We have a team that supports complicated negotiations, such as those needed in the case conflict resolution, with local communities that are often linked to the oil and gas industry.

What other areas of the oil and gas value chain is Duff & Phelps involved in?
We are active in the midstream segment, specifically with storage and distribution terminals. Out of the 92 projects in the country, we have reviewed around 70. We provided due diligence and similar work. We are also engaged in the downstream sector in refineries and retail stations. We assisted in creating strategies to develop and consolidate retail station networks.
We have a digital tool that maps all service stations in the country daily and reports prices and volumes. We can tell where one can find the cheapest gas in the country and how much the station sold on a particular day.