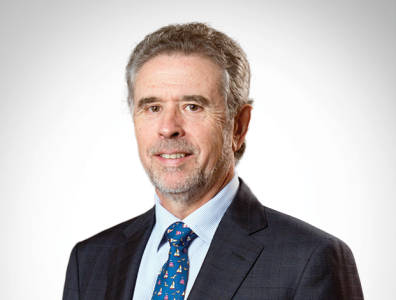 Without asymmetric regulation, the power market has the basis for competition and for clients to move between the CFE and private suppliers.

Ángel Larraga Palacios, president of Gas Natural Fenosa (GNF) in Mexico, talks to TOGY about the development of the natural gas and power generation sectors following the implementation of the energy reform, as well as the continued integration of the North American energy market and outlook for vehicular natural gas use.

GNF entered Mexico in 1997 to distribute gas. As of December 2017, the company has 1.77 million customers in 56 cities, and is one of the main gas distribution operators in Mexico, with a network spanning 21,940 kilometres across 13 states. GNF also produces electricity in the country through combined-cycle plants and a wind farm, with an installed generation capacity of 2.43 GW. It’s combined-cycle plants are Naco Nogales, Hermosillo, Tuxpan III and IV, and Norte Durango.

On upgrade needs: “At this moment, there is a need to modernise older-generation technologies that are not privately owned. These don’t include cycles, because they’re efficient. CFE Generation I, II, III and IV, which have conventional generation plants that must be partly removed and replaced by new plants, will require financial resources.”

On the US-Mexico gas dynamic: “There is a convergence of interests in the region. The US wants to place its natural gas and the easiest way to do so is to bring it here. This trend will continue for the foreseeable future. Natural gas could be liquefied and sent to the rest of the world, but that is a lot more expensive. Anything that can be sold through a direct pipeline connection will grow. This bilateral relationship between Mexico and the US will keep growing.”

Most TOGY interviews are published exclusively on our business intelligence platform TOGYiN, but you can find the full interview with Ángel Larraga Palacios below.

How has Mexico’s gas industry changed with the energy reform
Gas transportation has opened up and is now under Cenagas [National Centre for Natural Gas Control]. There have also been talks about options to purchase gas molecules. Previously, you could only buy from Pemex, but now there are different traders. The CRE [Energy Regulatory Commission] has also applied an asymmetric regulatory model under which Pemex has to leave behind part of its market share. This is already a reality. Moreover, there is no more exclusiveness in distribution and the tender model has been simplified with a single distribution zone.

What is GNF’s role in the power?
In its plants, GNF is now generating excess energy that it can sell directly to the market. Our generation capacity grew in 2017 and it will keep doing so in the following years. Our cycles will generate power to meet contract obligations, and the excess will go to the market. We were already selling to final clients, but as a self-sufficient model before the energy reform was implemented. The client has a stake in the power generation project and takes a share of the power that is generated.

How has the opening of the power sector progressed?
In the power market, the CFE [Federal Electricity Commission] is still a very important player. The reform has opened power generation and commercialisation. Transmission and distribution have been kept for the CFE. Those segments are natural monopolies.
Private players will have to compete with the CFE in generation. The CFE has a generation mix of combined cycles, fuel oil, hydropower and nuclear plants. It is a very important player and it will continue to be so. The CFE also has an important capacity in terms of distribution.  Moreover, in the power sector there is no asymmetric regulation and the CFE does not have to leave the market. The asymmetric regulation will not be applied to the power sector anytime soon. However, the foundations are in place for the power market to function competitively. Cenace [National Centre for Energy Control] is the referee of the sector.  Competition in the power market will be based on transparent costs. Subsidies on certain tariffs also should not distort the market.
At this moment, there is a need to modernise older-generation technologies that are not privately owned. These don’t include cycles, because they’re efficient. CFE Generation I, II, III and IV, which have conventional generation plants that must be partly removed and replaced by new plants, will require financial resources.  Like all liberalisation processes, it needs time. We have clients in Oaxaca that have come with us because they were interested in different conditions. Without asymmetric regulation, the power market has the basis for competition and for clients to move between the CFE and private suppliers. In the last bidding round, the CFE was no longer the only buyer of electricity; there were two private suppliers that participated.

What is GNF’s relationship with the CFE?
The CFE is our main client. Today, it buys 90% of the energy that we generate. It will keep being our main client for a long time because we have very long-term contracts. Most of them are still not even halfway completed.  The CFE is also now our competition. When we generate energy to take to the market, we look for clients, and some of those are CFE clients. Therefore, we are not considering the association model. We know how to work with companies such as the CFE – both client and competitor – at an international level.

What is the outlook for the development of a more integrated North American energy market?
As long as we have production that does not cover the entirety of demand, it is a great advantage to have the US next door. It means that natural gas imports will grow. At this moment, new interconnections are being built quickly. The prices in the three North American markets are the lowest globally. Therefore, it is a great advantage.  There is a convergence of interests in the region.
The US wants to place its natural gas and the easiest way to do so is to bring it here. This trend will continue for the foreseeable future. Natural gas could be liquefied and sent to the rest of the world, but that is a lot more expensive. Anything that can be sold through a direct pipeline connection will grow. This bilateral relationship between Mexico and the US will keep growing. There is another important regulatory change. The pipelines that were held by Pemex or the CFE are opening up. We can now bring gas from the US through those connections. There are a lot of opportunities in this respect.


How has the vehicular natural gas market developed in light of the liberalisation of fuel imports?
We have not progressed much as a market in this respect. Other countries such as Argentina, Colombia, Brazil, Chile and Peru have both public transport and private vehicles running on gas. We still have a long way to go in Mexico. There is also an opportunity with petrol, in terms of working with dual fuel stations that can offer both petrol and natural gas. At the moment, many private players are considering having both natural gas and petrol in their stations. Given that GNF has 22,000 kilometres of gas distribution networks, we are very close to many stations. We are working on the regulation with ASEA [National Agency for Safety, Energy and Environment] to normalise the dual fuel station model.

What other measures are needed to strengthen the market?
There are also stations specialising exclusively in natural gas. Whoever wants to convert a fleet to run on gas needs a station. It requires investments. From an environmental point of view, it would be of huge help. The substitution of fuels is very important. With vehicular natural gas, we can reduce up to 80% of toxic gas emissions, compared with other types of fuels. There have been developments in GNF’s stations in Bajío and Monterrey. The rhythm in the centre of the country has been slow.

What areas will GNF concentrate on to ensure its continued growth?
We keep growing and so does the group. We will maintain our three business lines: gas distribution, power generation and renewables with wind power generation. Our goals in 2018 include materialising our investments in the new states in which we will have a presence: Campeche, Tabasco and Yucatán. GNF has the commitment to contribute to the improvement and development of cities that coexist with natural gas.

For more information on Gas Natural Fenosa in Mexico, see our business  intelligence platform, TOGYiN.
TOGYIN features profiles on companies and institutions active in Mexico’s oil and gas industry, and provides access to all our coverage and content, including our interviews with key players and industry leaders.
TOGY’s teams enjoy unparalleled boardroom access in 35 markets worldwide. TOGYiN members benefit from full access to that network, where they can directly connect with thousands of their peers.