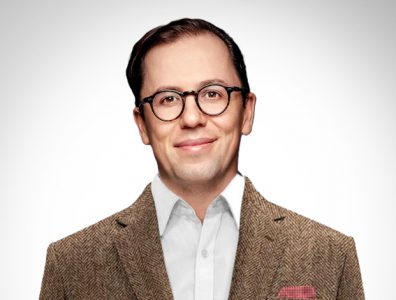 Mexico has an economically profitable barrel that is aligned with the greener energy goals that are moulding the future of the global industry.

Merlin Cochran, general director of the Mexican Association of Hydrocarbons Enterprises (AMEXHI), talks to The Energy Year about Mexico’s roadmap to energy sovereignty and the importance of PPPs in developing the local oil and gas market. AMEXHI is the country’s largest association of oil and gas operators and works to bridge all stakeholders in the hydrocarbons sector.

What new trends and opportunities are we seeing in Mexico’s oil and gas sector?
Investment in the upstream sector has gradually increased. Regardless of the pandemic, companies have maintained their commitments. We are seeing jumps of billions of dollars in newly approved investments, and the market will have to resort to different programmes to finance these developments. For example, super-majors can raise debt on their shares, but they most commonly go to third parties, even for high-risk, ultra-deepwater fields. This allows for risk sharing and debt syndication.
We see that the energy transition is gaining traction. Gas is now seen as the transition vehicle and Mexico has huge gas potential. Carbon reduction is also becoming a prominent matter. In Mexico, deepwater activities are the least carbon intensive. We have an economically profitable barrel that is aligned with the greener energy goals that are moulding the future of the global industry.
If you look at the five-year bidding plan in Mexico, there are hundreds of fields still in the hands of the state, each with different opportunities and objectives. Likewise, there is appetite for all kinds of companies, be they experts in enhanced oil recovery for mature fields or those with expertise in unconventional, conventional, onshore fields, shallow-water fields or deepwater plays.
The private-led production of 100,000 bopd the country recently reached is a collective effort coming from 21 different companies encompassing 32 contracts. Each is helping to hit the overarching goal of enhancing the national benchmark of production. Plenty of work has been done in exploration in recent years to multiply opportunities in the country. If there are no discoveries, a process of consolidation will unfold with infrastructure hubs and large companies controlling the market, which is not in the best interest of the industry.

What would energy sovereignty represent for Mexico and how can it be achieved?
Total gas production in Mexico now stands at around 4.03 bcf [114 mcm] per day while consumption is around 8.334 bcf [236 mcm] per day. However, a lot of this production goes towards Pemex’s own consumption because it uses gas injection in several of its maturing fields. This makes our import dependence much greater. It now stands at around 72%, which is a major problem.
Additionally, these gas imports come mostly from a single producer, the US. We are far from the ideal of energy sovereignty. This was clear during the 2021 winter storm in Texas where import disruptions of gas coming from the US had a negative impact on Mexico’s economic growth. The conflict with Ukraine has also changed the parameters of the gas spectrum on a global scale. Higher gas prices have had a direct effect on other areas such as manufacturing and electricity generation.
Gas monetisation is essential for Mexico. If we could increase gas production by four, we could solve our energy sovereignty problem. There must be attractive fiscal options and fracking must also be demystified. We have a clear example in the US with its shale gas boom and could use the market as a learning curve. We are sitting on a gold mine, but it’s a question of will. Do we really want to be self-sufficient and turn energy into a national security issue? It is clearly an opportunity we are missing.

How important are PPPs in developing Mexico’s oil and gas sector?
The fact that private E&P companies have broken the 100,000-bopd threshold is a huge milestone. It exemplifies the commitments of the private sector and signifies change. We hope it will boost the will of the public sphere to further collaborate with private enterprises and produce more opportunities.
It must be noted that the fact we have reached these production levels is not only a success of private initiatives, but also the government. The government has worked extensively to grant permits and is a major partner that obtains an average 74% of royalties; this success is also their success.
We need to continue working with the government to reach the aim of producing 280,000 bopd by 2024-2025. However, it is difficult to determine when we will reach our goal given current fluctuations in the industry. We have the potential to produce 500,000 bopd in already discovered fields. To exploit this potential, collaboration is key.
A clear win-win situation exists through collaboration. This is the case whether there is a discovery and production flows or whether we strike a dry well. A dry well might seem like a failure in economic terms, but it is also a dry well that Pemex did not have to drill, and taxpayers did not have to subsidise. Regardless of the results, Mexico still wins.

How is AMEXHI contributing to boosting the upstream sector in Mexico?
AMEXHI’s mission is to consolidate the industry to be a long-term economic pillar for the country. We need to strengthen and solidify ties between all participants in the sector. In this industry, the competition is in the bidding not the drilling. If the field next door was successful, there are higher chances that your field will be as well.
Regulations are now becoming simpler, which leads to success for everyone, including the government. AMEXHI has demonstrated its added value with everyone rowing together in the same direction, especially during and after the pandemic. We want to help the upstream sector achieve better E&P results. The country should be more assertive in its gas efforts, and we are working towards making this a reality.