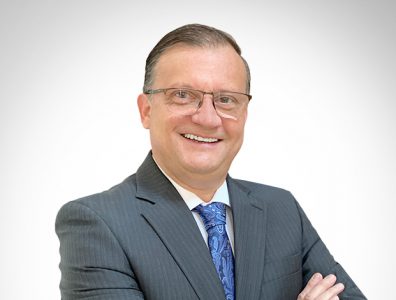 Mexico should invest in developing longitudinal NGV networks that go from coast to coast.

Natural gas vehicles on the rise in Mexico

Andrés Bayona Insignares, president of the Mexican Association of Natural Gas Vehicles (AMGNV), talks to The Energy Year about prospects for the natural gas vehicle (NGV) market in Mexico and the role of virtual pipeline alternatives and improved regulation in facilitating its growth. AMGNV works to promote the use of natural gas as a viable fuel in Mexico.

How much momentum is there around the NGV segment and what attention has it received from the government?
The energy transition in Mexico will take place in 20 or 25 years, and not before. Electric cars and hydrogen will slowly gain traction, but meanwhile natural gas will take the front seat and will be the transitional energy. Economically speaking, this alternative is totally profitable despite recent fluctuations of natural gas prices. Gas-based projects are a win-win for investors and end users, and it is here where NGVs start gaining importance.
We obviously have a series of different obstacles to overcome. For example, if red tape was eliminated, Mexico could build at least 600 NGV service stations in the next three years, which could represent considerable social benefits. As of today, there are around 60,000-70,000 vehicles – between buses, taxis and trucks – running on gas. These move approximately 10 million people per day. If we could realise the 600-service-station goal, we could easily move 60 million. However, for this to pan out as planned, the permit-granting process to set up NGV service stations would have to become much more efficient and agile.
We believe the government views the NGV segment positively and as an interesting alternative. It is also true that in a country with 50 million vehicles, NGVs represent a small percentage, with only 60,000 or 70,000 vehicles running on gas, so our sector is not regarded as a threat to the industry’s status quo. A unified set of criteria and the creation of clearer policies are still required to make this sector grow.

What main entry barriers does one find when wanting to grow an NGV business in Mexico?
There are several entry barriers for NGVs. Firstly, we have the over-regulation of the sector, which slows down its progress. The permit-granting process to establish service stations is slow and inefficient, and has been so especially over the last couple of years, which makes everything more time-consuming.
The lack of infrastructure is another important barrier to consider. If we want to grow the NGV ecosystem at rates similar to those seen in Brazil, Argentina, Bolivia, Peru and Colombia, we need to have the necessary natural gas network. Without good infrastructure, the NGV market will not grow in this country. And likewise, if we are just aiming for small fleets in niches of the market rather than focusing on massification, there will be no real change.
This is why the construction of a solid network of NGV service stations is essential to develop the market on a major scale. The more people see the availability of NGV infrastructure, the more appealing it will be to convert to natural gas. Today, there are 87 NGV service stations in Mexico. Important players in this regard are Natgas, ENCO GNV and Comsustenta, and there are several emerging players.
Lastly, educating people on the benefits of vehicular natural gas is crucial as there are still misconceptions around it. Vehicular natural gas is cheaper, safer and greener – producing 90% less nitrous oxide emissions. Thus, advocacy is key to better advertise its pros.

To what extent can virtual pipeline alternatives be the solution to infrastructure gaps?
Virtual pipelines are a viable alternative given the limitations of our pipeline system. Mexico used to have 12,000 kilometres of coverage from main natural gas pipeline mother stations, but thanks to the bet made by the previous administration, today there are 19,000-20,000 kilometres. It has almost doubled over the last five years, which has exponentially increased the country’s transportation capacity.
Nevertheless, there are still regions that are completely disconnected and don’t have access to natural gas. This is because there is a very precarious road network or no availability of equipment, or simply because another type of fuel is used. The prices of petrol and diesel have shot up, which makes natural gas an economical option, despite the recent price increase. The competitiveness of natural gas is and will continue to be key to its appeal among consumers.
The focus now should be put on how to develop the virtual infrastructure Mexico needs to be ready for the energy transition. Locations such as Guerrero and Chiapas in the southeast are relatively disconnected, and as a result interesting projects have been developed. For example, a virtual pipeline was developed in Agua Dulce Veracruz, which takes CNG to Chiapas – an extension of 200 kilometres. You see, natural gas is used not only for vehicles but also for industry. The supply of natural gas on wheels could reactivate the growth of industries to further develop that area of the country.
Another virtual pipeline alternative is LNG. Liquefaction plants are currently being developed in Mexico, with Sempra Infrastructure investing in ventures such as Costa Azul and Vista Pacífico, and Mexico Pacific Limited projecting an export facility in Puerto Libertad, Sonora, with a capacity of 14.1 million tonnes per year. Nevertheless, the cost of liquefaction is high, which makes mini-LNG’s economic viability shaky.
In addition to this, we must consider that the war between Russia and Ukraine has shifted the US’ scope of interest, with exports channelled to Europe now. LNG will continue to be a very attractive commodity, but we have yet to see how this area will develop given these global dynamics. Mini-LNG could be an alternative in Mexico, but prices will have to be suitable.

How is the trucking business and public transportation leaning towards NGV?
There has been a proliferation of NGV projects in the trucking industry. Companies such as Trucka Cargo and Transportes GYM are betting on VNG-fuelled trucks now. Transportes Monterrey, for example, has bought a brand-new fleet of over 200 trucks that run on NGV. What’s more, the Nuevo Laredo-Mexico City route sees thousands of vehicles transit every day, and this is one of the backbone networks that should be developed. The same goes for Baja California, Sonora, Mazatlán and Guadalajara. The country should invest in developing longitudinal NGV networks that go from coast to coast.
In regards to public transportation, there are interesting projects in the making. For instance, Monterrey Nuevo Leon just acquired a plan for 800 natural gas-fuelled public transportation vehicles. The state of Jalisco is also trying out 900 VNG-fuelled buses as they are replacing their old fleet, and Puerto Vallarta changed its entire fleet of 350 buses to NGVs. These are dedicated vehicles with large engines of 300, 400 or 500 hp which consume a lot and now run on natural gas.

What is AMGNV’s role and how is it contributing to the NGV landscape?
At AMGNV, our aim is to propel the utilisation of natural gas as a viable fuel in Mexico, promoting it as the alternative of choice – one that is cheaper, cleaner and safer. We were born to grow this market niche and our goal is to promote businesses within the sector.
Our first responsibility is to ensure that federal and municipal conditions are in place to guarantee that everyone can operate, making them as efficient and agile as possible. In other words, we try to find the best conditions to speed up bureaucracy and permit processes in a transparent way. We also evaluate ways in which we can take down the entry barriers.
Secondly, we look for ways to communicate with people, be it the market or the end user. Through different leads, and speaking with a unified voice, our intention is to draw up strategies to facilitate entry into the market and to ensure that the entire sector comes together under a comprehensive policy. Commercially speaking, we also address issues players might have with funding.
The NGV segment’s growth prospects are impressive. The country currently has 87 NGV stations, and by the end of 2022 we aim to have around 130. We are now working fiercely with all of our members and partners to create awareness and demand. As our motto says, “we are part of the solution” in the country’s quest to achieve a more economic, greener and safer fuel alternative in Mexico.