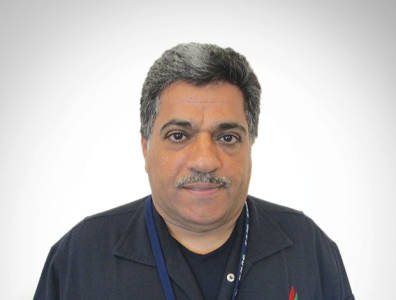 “The Clean Fuel Project provided a unique opportunity for local manufacturers and contractors to bring their production and operational capacities to new heights.”

Abdullah Fahad Al Ajmi, deputy CEO for projects at KNPC, talks to TOGY about the status of the Clean Fuel Project (CFP) and how local companies will benefit from their partnerships with large international enterprises. KNPC is Kuwait’s main state-owned downstream company and is involved in crude oil refining and LPG processing activities.

On international contractors: “Their logistics capabilities, being multinational JVs, extend from offices in the Far East to the Far West, from Europe to Asia. This is very helpful for us when it comes to ensuring the procurement of more than 4,000 pieces of equipment and in keeping fabrication shops working. I think we selected the best available for all stages, from construction to engineering and design.”

On the CFP’s impact on local manufacturers: “They found themselves responsible for the timely and safe management of a huge workload. They have certainly expanded their capacities and have seen what it takes to manage a typical workload multiplied many times over. I am confident that their expansion in operating facilities and the amendments they had to make to their procedures will help them be better prepared for future endeavours.”

Most TOGY interviews are published exclusively on our business intelligence platform, TOGYiN, but you can find the full interview with Abdullah Fahad Al Ajmi below.

Could you give us an overview of your company’s progress on the CFP?
At the end of March 2018, the CFP was at 94% overall progress. We have started commissioning some of the facilities, and we will keep commissioning more as we approach the end of this year. We are forecasting the completion of the entire project and facilities, and most of their commissioning, by this time.
The commissioning and stable operation will spill over into the beginning of 2019. We expect that before June 2018 we will be able to start up the steam generation units and the water cooling systems. During the summer, we will be in a position to commission the first diesel production unit. Between September and December of this year, we expect to start up the crude units as well as the sulphur recovery units and the hydrogen blocks.

Is the CFP on track with its budget?
The project’s approved budget is KWD 4.68 billion (about USD 15 billion), and we are confident we will be able to complete the project without needing to increase the budget. We are doing very well in terms of cost management. As we speak, we have spent almost KWD 3.45 billion [USD 11.4 billion], and we are expecting to spend around KWD 600 million [USD 1.98 billion] during this fiscal year, which ends March 31, 2019. That will be spent on EPC work.
The project is being implemented through seven main contracts, six of which are EPC execution works and one a PMC [project management consultant] contract. The latter is currently through Wood Group for KWD 142 million [USD 469 million].
One EPC package is for the MAA [Mina Al Ahmadi] refinery, undertaken by the JGSK JV, comprised of JGC [Corporation], SK [Engineering & Construction] and GS [Engineering & Construction]. The package’s awarded value is KWD 1.36 billion [USD 4.49 billion].
The CFP in the MAB [Mina Abdullah] refinery is split into two packages. MAB 1 is being undertaken by a consortium of Petrofac, Samsung Engineering and CB&I, and the value is KWD 1.07 billion [USD 3.54 billion]. MAB 2, which is for most of the utilities in the refinery, is being undertaken by a JV of Flour [Corporation], Daewoo [Engineering & Construction] and Hyundai [Heavy Industries]. The awarded contract is KWD 962 million [USD 3.18 billion].
The combined value of the three main packages is around KWD 3.4 billion [USD 11.2 billion]. We also have three construction packages that were handled separately. The land preparation package was awarded a few years back to Samsung C&T [Engineering and Construction Group] for KWD 38 million [USD 125.4 million], and the revamp package was awarded to Daelim [Industrial Company] for KWD 50 million [USD 165 million]. They have been completed.
The power network package was awarded to Siemens for KWD 68 million [USD 224.4 million], and that was all the work needed to tap power from the MEW [Ministry of Electricity & Water] grid for the CFP sites. The combined value of these three packages was KWD 154 million [USD 508.3 million].
Along with the PMC contract, we are talking about a total investment of KWD 3.7 billion [USD 12.2 billion], which is a big investment.

What are the advantages of working with these big international companies?
The experience and capabilities major contractors have available make them suitable partners for a project of this size and complexity. This project has become the benchmark for large-scale investment and the revamping of existing refineries, as well as the construction of new ones.
You can tell the size of this project just from looking at the peak number of employees working on the job site. We peaked at 53,000 people, a number that has not been seen on any other project. That is the population of a medium-sized town. For this number of people to be managed, the experience of international contractors is needed.
Their logistics capabilities, being multinational JVs, extend from offices in the Far East to the Far West, from Europe to Asia. This is very helpful for us when it comes to ensuring the procurement of more than 4,000 pieces of equipment and in keeping fabrication shops working. I think we selected the best available for all stages, from construction to engineering and design.

Do you think local companies can take on bigger projects now that they have worked with international companies?
I think the Clean Fuel Project provided a unique opportunity for local manufacturers and contractors to bring their production and operational capacities to new heights. They found themselves responsible for the timely and safe management of a huge workload. They have certainly expanded their capacities and have seen what it takes to manage a typical workload multiplied many times over.
I am confident that their expansion in operating facilities and the amendments they had to make to their procedures will help them be better prepared for future endeavours.

Are there other projects you are currently working on?
Completing the Clean Fuel Project by the end of this year will keep us busy for some time. We need to achieve stable operation and carry out performance guarantees. Once the plant is taken over, we will be busy with smaller projects until a new strategic project comes around – maybe two or three years later.
We are developing a new strategic plan to store two grades of petrol and diesel. That will be in North Kuwait. We also are engaging in studies to construct a new bitumen unit, as well as plans for various modifications to the existing refineries, MAA and MAB. This will keep the projects team moving and busy for some time, until the next big project comes.
We are also undertaking a new project [Al Shagaya renewable energy park] assigned to KPC/KNPC by the Cabinet. It is going to be one of the largest solar parks in the region and will be located in the southwest of Kuwait, close to the border with Saudi Arabia and 140 kilometres west of Kuwait City. The plan is to install it across 32 square kilometres, which is a big area considering the land available in Kuwait.
The tender process is expected to start in June 2018, with the floating of the tender to a list of 17 prequalified bidders, and we are planning to complete execution by 2020. The solar park is designed to generate 1.5 GW of energy, which will be delivered to the national grid.

What are Kuwait’s plans to expand the petrochemicals sector?
Petrochemicals are an integral component of our 2040 strategy. Current execution of the KNPC mega-projects is evidence that we are proceeding on that path, and we will go forward with the implementation of other strategic initiatives that are in line with domestic refining capacity expansion and integration with petrochemicals.
Two years from now, we will have Al Zour refinery and the LNG receiving facilities commissioned, bringing in an additional refining capacity of 615,000 bpd. This, joined with KNPC’s refining capacity target for the CFP, will bring the domestic capacity to 1.4 million bpd.
With a new refinery or an expansion of existing refineries, that could be increased by a further 300,000 bpd, and we will aim for a new petrochemical plant, integrated with Al Zour refinery. All of these investments are planned for the next few years, and they will shape the future of Kuwait as a vibrant, ambitious and dynamic investor in oil and gas.

For more information on KNPC, see our business intelligence platform, TOGYiN.
TOGYiN features profiles on companies and institutions active in Kuwait’s oil and gas industry, and provides access to all our coverage and content, including our interviews with key players and industry leaders.
TOGY’s teams enjoy unparalleled boardroom access in 35 markets worldwide. TOGYiN members benefit from full access to that network, where they can directly connect with thousands of their peers.