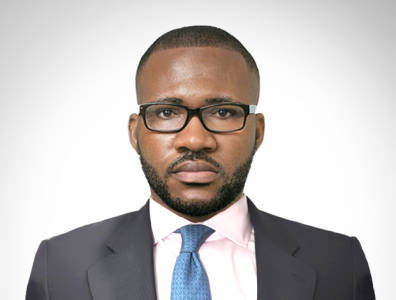 Opportunities arise from crises such as the pandemic, which created the opportunity to invest in and reinforce local content.

Miguel Jacinto, CEO of Queroil, talks to The Energy Year about the impact of Sonangol’s divestment programme, how Angola’s promotion of local content has opened doors for the company and Queroil’s strategies for capturing new business. Queroil provides maintenance and construction services with a focus on the downstream sector.

How do you assess Sonangol’s divestment programme and how might it impact the oil and gas services sector?
We see this as an opportunity, and we did expect it as investors. As investors, we have to focus on creating new business – mainly providing new services for private companies. When the state offers everything, there is no space for others. Once the divestment process is over, nothing will be lost. It’s ultimately an advantage: Sonangol will focus on what it does best and private companies will offer the other services previously provided by the NOC, which will end up being advantageous for us.

Can you give us an overview of Queroil’s business footprint?
We are new to the market, having started in May 2019. Queroil started under the new government administration that was elected in 2017 and is the result of efforts by this government to pave the way for local companies to have more of a presence in the energy sector.
We are focused on the downstream oil and gas sector and offer maintenance and construction services, especially in the area of metal scaffolding. We are focused on seizing the opportunities presented to us by the new local content legal framework that will develop the in-country supply chain, contractors and other local businesses. Our main client at the moment is Total, for work on the Maersk Voyager in Block 17.

What can be expected from Queroil in terms of strategies for capturing new business?
Queroil has a plan to expand the services it offers over the coming year. We have already started with the preparation of tubing services and we should be able to start this activity by February [2021]. Another big part is integrating our construction services, which involve the assembly of metallic structures such as scaffolding. We have made proposals to provide integrated construction services to Chevron and BP.

What does the new local content legal framework mean for Queroil?
Today, we are in the process of bidding in different tenders because Angola’s National Oil, Gas and Biofuels Agency [ANPG] released a new executive decree that sets local content requirements that involve contracting national companies like ours. This law was a blessing for Queroil, as we now have the possibility to get our foot in the door for projects thanks to the ANPG.
Until now we have not experienced any major difficulties, as we are a national company. This gives us an opportunity to improve our standing in the oil and gas sector. We just have to position ourselves to be able to advance.

How can Queroil help the government in its quest to develop refining capacity?
Currently, Angola’s capacity for fuel storage is not sufficient because even during the pandemic, when fuel consumption went down, we have had difficulties with fuel shortages. There is too little fuel in the country to meet the needs of the population. And that is the result of refineries not having enough storage capacity.
Refining developments present an opportunity for Queroil because we do tank cleaning for refineries. Among other services, we measure the radiation levels of storage tanks. Being able to provide this service is an advantage because a new refinery in the country means more fuel tanks, and more work for us.

What competitive advantages could the company enhance in order to compete with international service providers?
The relationship with international companies has been good because we have managed to find raw material in the domestic market and bring it to the client. Many companies have had trouble allocating services from other areas to Angola – for example, problems with supply chains, human resources allocation and equipment sourcing. But we were born here and we know the market, and as a result we have had certain advantages.

How did you manage to work through 2020 with the pandemic and the drop in oil prices? What have been the greatest challenges for you?
During the pandemic, our first objective was to achieve a reduction in cost. Then, we had to be confident about the domestic workforce and its capacity, and lastly, we had to improve our services. The market was smaller, so we had to offer better services in order to compete.
When we started in 2019, we hoped that 2020 would be a great year due to the licensing of new blocks. The government had promised an auction. But by March we had lost hope that the sector would recover any time soon. The government began to focus its efforts on eradicating the pandemic.
It has also introduced interesting proposals for the market. For example, the executive approved the hydrocarbons exploration strategy for the five-year period 2020-2025, which aims to intensify exploration and ensure the continuous expansion of knowledge of Angolan oil potential. Another example is Law No. 5/18 on competition, which allows for the creation of a more favourable environment that promotes and defends free initiative, competitiveness and healthy competition, in a way allowing us to stand out.

What would you say to an international investor about the opportunities in Angola?
Opportunities arise from crises such as the pandemic, which created the opportunity to invest in and reinforce local content. It also caused companies to leave the country. So if an investor enters now, they will find more space and options than before, as well as greater capacity among local partners. There will be new opportunities in concessions and refineries, and if local companies do not have the capacity to fulfil the requirements, foreign companies should step in.

What are the company’s strategic objectives for the coming five years?
We think that the coming years will be good for Queroil. We foresee the market opening up more over the next five years and we foresee the government continuing to support local content, which will benefit us. We have begun to think about the possibility of moving to new sectors and neighbouring countries such as Namibia.
In five years, we want to be operating on a large scale. We would like to be the leader in the national market, as well as a player in the international market.