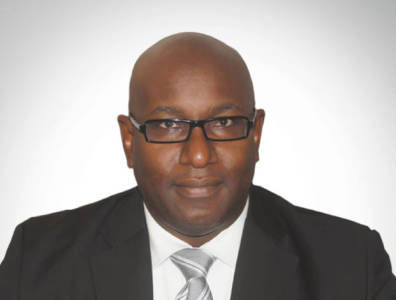 "Modernising assets will be critical for domestic companies’ financial and operational success."

Much of Nigeria’s pipeline infrastructure dates back to the 1960s, which affects the country’s ability to provide feedstock to power plants. With some of the world’s largest natural gas reserves, Nigeria must modernise its transportation network to capitalise on its resources and remain relevant in the industry.

In order for Nigeria to reach its target of 4 million barrels of oil per day (bopd) by 2020, the country’s infrastructure must be modernised and revitalised. Ageing infrastructure, such as pipelines and processing facilities that date back to the 1960s, requires upgrades. Vandalism and theft have led international oil companies (IOCs) to divest onshore assets and pipelines to local players and concentrate on offshore activities.
US major ConocoPhillips’ $1.65-billion asset sale to local company Oando has been at the forefront of this shift. Shell has followed suit, selling its 30-percent stake in four onshore concessions to domestic players Aiteo, Newcross Petroleum and the Eroton Consortium. The company also sold its Nembe Creek Trunk Line to Aiteo in October 2014.

CASHFLOW TO INVEST: While these divestments are a promising avenue of growth for local players, buyers must beware. Most of the newly divested assets are antiquated, requiring upgrades to operate properly or boost declining production levels. Modernising these assets will be critical for domestic companies’ financial and operational success.
Seplat Petroleum, a publically listed domestic producer, improved its oil production from 22,700 barrels per day in 2010 to 72,000 barrels per day in 2014 by investing in facility upgrades and refurbishments from divested OMLs in 2010. Moving forward, the company plans to invest an additional $300 million in the construction of new gas processing facilities at the Oben Gas Plant.
In March 2014, Seplat completed the construction of its 10-kilometre Warri Refinery pipeline, providing an alternative to the dated, vandalism-scarred Trans-Forcados pipeline. “For gas production, operators know that upgrades to more facilities, pipelines in particular, will be required in order to sustain long-term production,” Chinedu Maduakoh, executive director of Topline Pipeline & Process Engineers, told TOGY.

INFRASTRUCTURE NEEDS: The development of pipeline infrastructure is at the forefront of a drive to link hydrocarbons operations in the Niger Delta to the rest of the country. However, transporting the feedstock needed to supply power plants remains difficult.
“When the new power plants were being built, not enough consideration was given to the location of the gas feedstock. This has contributed to the insufficient feedstock supply for the plants. The government is scrambling to ensure that those power plants are fed with gas, but the pipelines are just not there,” Maduakoh said.
Ageing pipelines must be replaced or refurbished. In February 2014, repairs began on the 6,000-kilometre Nembe Creek Trunk Pipeline, which has a throughput capacity of around 150,000 barrels of oil per day.

REVITALISED PROBLEMS: Pipeline sabotage and destruction continue to negatively affect construction, maintenance and repair works.
All told, this type of vandalism accounts for up to 400,000 bopd in production losses.
For Nigeria to capitalise on the value of its most lucrative natural resources, the country must optimise its ageing infrastructure and facilitate safeguarding these assets.

For more news and features from Nigeria, please click here