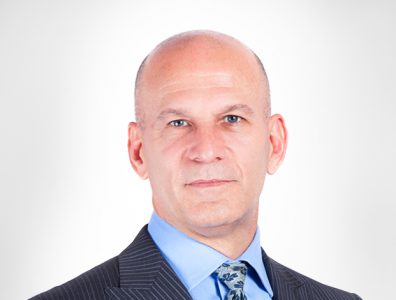 "With the help of the international community, the Iraqi government will overcome the short-term security issues. With continued investment by the national government and IOCs we will see oil and gas production levels increase."

Opportunity and risk in Iraq

Iraq witnessed upheaval in the summer of 2014. What was the situation like for companies operating in the country?
The situation in Iraq can be difficult, especially for those who do not understand the geography and cultural challenges associated with it. Many companies were nervous during the summer of 2014. The risks for us were minimal as we operate primarily in the Basra area.
We also have operations in the Kurdistan Region of Iraq with people on the ground, both Iraqi nationals as well as some expatriates, to support the international operating companies (IOCs). We did not see that as a risky endeavour because geographically we understood where the risk was. The press was exaggerating some of the dangers associated with the instability over the summer. We did not see it as that risky.
However, we do not have a cavalier attitude relative to our staff’s security. We have a well defined security protocol and a strong security team that covers all our Middle East and Africa operations. We need leadership approval for travelling in countries where there is deemed risk. We also have security controls for travel in Iraq.
Some of the ways to mitigate security risks include taking advice from third parties such as private security contractors (PSCs). For example, we liaise with the multinational PSCs operating in Iraq. Each IOC has relations with one or more PSCs so when we plan to mobilise our resources to sites we co-ordinate our movements and protocols with the appropriate PSC. This insures our security protocol is aligned with our customers.

What is the main business opportunity in Iraq at the moment?
Given the fall in oil prices, companies need to re-evaluate how they deploy capital. The easiest gains are in brownfield work such as optimisation and debottlenecking, as well as downstream development work on oil and gas export infrastructure.
Having a dependency on oil means you need to keep it flowing. Many GCC countries, Iraq included, will look to improve the performance of existing assets to facilitate, with minimal capital investment, increased exports. Different countries’ approaches will be interesting to see. Iraq, for instance, does not have the capital reserves to ride out an extended downturn.
To gain the most benefit from brownfield investments, IOCs look for opportunities to increase production, improve well performance and increase facility reliability and near-real time data acquisition for prompt decision making. For example, gaining more accurate, real time production information lets companies see which wells are producing with the least amount of water so they are not over-injecting and spending a lot of money separating a relatively low amount of oil.

How will the Iraqi oil and gas industry evolve over the next five years?
With the help of the international community, the Iraqi government will overcome the short-term security issues. With continued investment by the national government and IOCs we will see oil and gas production levels increase.
The production goal of eight million or so barrels of oil per day by 2020 is an aggressive goal. However, the country has the capability, reserves and will to reach this target. Iraq is still a positive market and over the next couple of years we expect the launch of petrochemicals projects, in addition to increased investment in power generation.

How does the company deal with the cyclicality in the oil and gas industry?
We have been through these low-cycles before. The industry always recovers. The duration of a downturn can sometimes be challenging.
While there have been a lot of challenges in the country itself, our business has held steady because the bulk of it is in the south. This region has been largely unaffected by the unrest that we have seen elsewhere in the country, such as Anbar Province and the northern parts of the country.