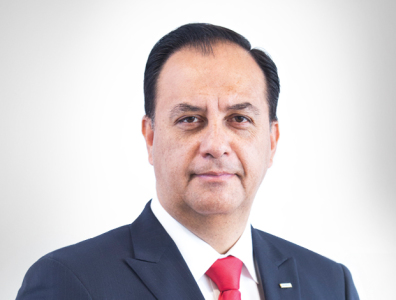 "Gas is essential for the economic development of Peru, not just as a commodity, but also as a power source to cover growing domestic demand for electricity."

Edwin Chávez, CEO for Peru, Ecuador and Bolivia for international engineering firm Siemens, speaks to TOGY about the role of gas in the development of the country’s economy and energy industry. Siemens has participated in several major projects in Peru, such as the Camisea field development and the Southern Energy Node, which will expand power generation.

With the influx of gas from the jungle, new projects have been developed for gas transport, distribution and gas-fired generation. These projects require the technical expertise and complex technology that can be most effectively supplied by experienced, multinational engineering companies.

NEW TENDERS: Gas is essential for the economic development of Peru, not just as a commodity, but also as a power source to cover growing domestic demand for electricity. To transfer this gas from fields in the jungle to populated areas and process and use it to generate electricity, many pieces of advanced proprietary equipment are required.
This is one area where projects have to look to international companies with the experience and technology to supply and maintain equipment such as turbines and compressors. Up-and-coming local engineering firms might be able to undercut internationals in price on construction jobs, but they do not have access to the same equipment. For example, the new gas-fired power plants of the Southern Energy Node required sophisticated gas generation equipment.
While the construction of the plants will be done by local personnel, turbines and other equipment must be purchased from experienced multinationals. One example is Siemens’ contract to supply and maintain three 200-MW SGT6-5000F gas turbines for Peruvian generator and transmitter EnerSur’s open-cycle gas power plant in Ilo.
In addition to the Southern Energy Node, the Southern Peru Gas Pipeline being built by Brazil’s Odebrecht will be another mega-project requiring large amounts of high-tech equipment.
Siemens has worked on the Camisea project, supplying four turbocompressors driven by gas turbines to the Malvinas separation plant and eight turbocompressors for Transportadora de Gas del Perú compression plants. More equipment will be required for the operation of the new pipeline, transferring gas from Camisea to the south coast of Peru.

MAINTAIN GROWTH: In 2014, Peru’s electricity demand was close to 5 GW, demonstrating the country’s rate of development when compared to Ecuador, which had a demand of 2.5-3 GW. Peru is one of the few countries that has been experiencing steady growth over the past five years, despite the 2008 global financial downturn. Peru has much to offer. Foreign investment is facilitated by laws and regulations providing relative stability compared to other countries in the region. It is a country that needs plenty of infrastructure, such as roads, highways and power plants. The main advantage that the country has is gas. Cheap gas-powered electricity is a big draw for investors.
A question for firms such as Siemens is whether Peru will continue to grow at a similar pace. The country’s growth is expected to drop from 5 percent to 3-4 percent for a few years, starting in 2014. Investments in gas will provide an economic boost through jobs, investment and cheap electricity, raising the possibility of exports to Chile.
The decline in Peru’s more traditional commodity-based industries may hinder this growth. For mining majors, the bottom line is everything. Low prices may cause them to cut back on investments such as electric substations. Low oil prices will also hinder developments at oilfields that need power generation and compression equipment.
Luckily, Peru’s economy is more diversified than that of neighbouring countries such as Ecuador, and multinationals such as Siemens benefit from also having a diverse array of business divisions, allowing them to focus on other sectors of the economy if commodity prices remain low.