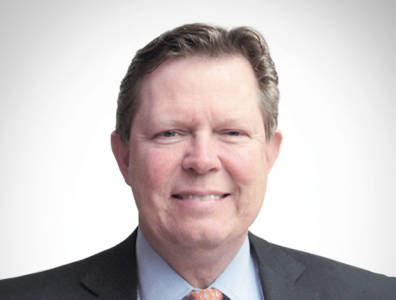 "Independents are playing an increasingly important role in Latin American oil and gas."

Canada’s Scotiabank is one of the few banks globally that specialises evenly across financial advising and large capital lending activities. Mark Ammerman, Scotiabank’s managing director and energy industry co-head, talks to TOGY about the anticipated foreign investment for the Mexican oil and gas industry, as well as the associated potential impediments.

What makes Mexico such an attractive market for heavy Canadian investment?
Mexico is on the Pacific Coast and is part of the North America Free Trade Agreement, allowing for convenient trade with Canada and the US, with little bureaucratic tape.
When compared to US companies, Canadian companies tend to be smaller and more internationally focused, as the Canadian marketplace only allows for so much room to grow.
The Toronto Stock Exchange is a good example of Canadian capital playing an important role in Latin American financing. This is because major stock exchanges in the US, such as Nasdaq and the New York Stock Exchange, are more difficult for small Latin American independent upstream companies to be listed.
These independents are playing an increasingly important role in Latin American oil and gas, particularly in Colombia. There are at least 20 exploration and production companies in Colombia listed on the Toronto Stock Exchange.
Mexico is a country that is in desperate need of improved operational efficiency. Wherever there are inefficiencies there is opportunity for investment and good returns.
The country’s political situation is considered stable, so investors can feel confident that the regulations rolled out in 2014 and 2015 will follow through and eventually can be implemented into a medium and long-term strategy.

How will Mexico secure ample investments and for oil and gas development?
One key to Mexico right now is filling the much-needed gap of energy bankers. Because Pemex has been a monopoly for 76 years, there has never been a great need for complex financing policies because, for the most part, it has had the funds needed to develop projects.
Pemex has more on its plate than ever before. The company has not had a broad experience in buying and selling properties, entering joint ventures, working with advisors and working alongside foreign companies.
The Round One tender is underway and the government has set strict deadlines for the implementation of bids and the development the country’s of oil and gas assets. Pemex is doing its best to match the pace of change.

What must happen in the Mexican hydrocarbons landscape before projects break ground?
The private sector will always maintain the concern that, upon the opening of a market, national entities will keep the best assets and sell the less desirable leftovers. This is something the government should keep in mind when forming policies and regulations.
The Eagle Ford Basin is an oil and gas area with which we have had involvement in the few years leading to 2015. That asset does not stop at the Rio Grande, it continues down into the Burgos Basin which falls within the states of Tamaulipas, Nuevo Leon and Coahuila.
The threat to security in the region, however, makes exploiting this resource a risky and costly venture. Until security is dealt with it is obvious that most of the companies coming into Mexico will concentrate on the offshore fields first.

How do low crude prices impact the financial policies of energy-focused banks?
It does not matter how low the price of oil drops, but rather how quickly it drops. Industries can adjust to slow price decline, but when it happens fast major adjustments in capital expenditure have to be implemented at once.
Major layoffs and rig liquidations are common in oil and gas in times such as these. It is also common to overshoot the level of force reductions or assets stacked, which then snaps like a whip when the market returns, because its hard to rehire and reactivate assets quickly.
The difference in this cycle compared to price declines in the past is the heavy presence of hedging. This has allowed the industry to reduce the risk of its reliance on oil and gas prices for the entirety of its profits.
The potential problem ahead is what happens in 2016, should the price of oil stay down and hedged investments fluctuate. Our average client has about 60 percent of 2015 production hedged and a third for 2016.
Domestic US crude supplies are set to exceed all previous records during the refinery turn-around season through the spring of 2015 and the chances of a mid-$30’s spot market are real. One approach is to cancel remaining 2016 hedges and use the proceeds to hedge the remainder of 2015 un-hedged output.