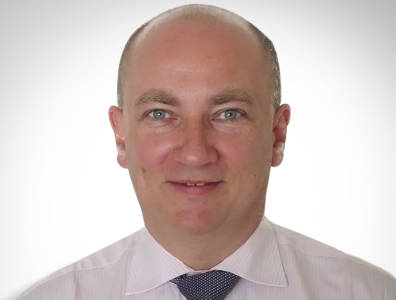 The sector looks more dynamic now, with a more attractive hydrocarbons code about to come into force and the 12th bidding round due in September 2019.

Recovery in motion in Gabon

Erik Watremez, country managing partner at EY in Gabon and partner in charge of the energy sector for the Francophone sub-Saharan countries, talks to TOGY about the expected impact of new legislation on companies operating locally and the outlook for the continued development of the domestic oil and gas industry. EY provides clients with a broad range of audit, advisory, tax and transaction services.


How is the Gabonese economy recovering from and adapting to volatile oil prices?
The worst is behind us. Gabon was suffering as part of a global crisis, not a local crisis. When oil sold for USD 120 per barrel goes down to USD 30 per barrel, it is tough.
One thing that has helped with Gabon’s recovery is that before oil prices fell, Gabon was already trying to diversify its economy away from oil and gas, mining and timber export. For example, Olam launched a palm oil and rubber project in Gabon and the company is also managing the Gabon Special Economic Zone to develop more value-added activities in the country.
The Gabonese government was keen to embark on those new projects and has understood the advantage of public-private partnerships. This is important because it supported the Gabonese economy through the crisis.
The second thing that has supported the Gabonese economic recovery is the increasing share of local content, especially in the oilfield services sector. This is mainly due to the 2014 hydrocarbons code. The whole code was not great because it was very rigid, but it did have a strong emphasis on the local content aspect and it was well done. Today, a lot of oilfield services companies are managed by people who used to work for multinational oilfield services companies and decided to create their own businesses. Moreover, in terms of employment, the code ensures that Gabonese people are being trained.
The past few years have been tough, and oil and gas companies have postponed large projects, but now those projects are starting to come back. They cannot be postponed forever, especially those dedicated to maintenance. We are seeing some other exploration activity too.

What impact will the new foreign exchange regulation have on the oil and gas industry?
The new regional regulatory framework related to the CEMAC [Central African Economic and Monetary Community] area and not only to Gabon is designed to improve and reinforce the region’s exchange reserve levels. According to this new regulation, all the revenues from oil and gas will have to be repatriated in Gabon through the local banks to the regional central bank.
A lot of suppliers want to be paid in US dollars and companies are often dealing with headquarters that aren’t based in Gabon. For example, companies usually pay between bank accounts in London to bring a rig into Gabon, even though it is booked on the accounts in Gabon. Under the new regulation, that money will have to come to Gabon and then to go back abroad to pay the supplier.
The legislation does not mean Gabon is closing its economy, but this regulation is adding an administrative burden and slowing the process. Moreover, the process to pay foreign suppliers in dollars is going to be longer.
Finally, this regulation is worrying because Gabon is not the only oil and gas market in the world, and investors might look to invest elsewhere, where the regulation is less rigid. However, I insist on the fact that this is a regional regulation including six countries.

How would describe the oil and gas industry landscape in Gabon today?
Fifteen years ago, the sector was dominated by two majors: Shell and Total. Shell has left. Total is here, but it has sold its marginal fields to focus resources on the major fields. Perenco and Assala Energy are becoming the main actors in the oil and gas industry in Gabon. The majors prefer to focus their resources on the large fields and leave the marginal fields to independents with lower structure costs that can take over.

How would you assess the ongoing development of the oil and gas industry in Gabon?
The last code took care of the marginal fields and provided a special tax regime for these fields to make them attractive. Marginal fields may help maintain oil production, but to have a real boost, the industry needs to make a new discovery.
It has been more than five years since there has been any major new exploration undertaken in Gabon because that last code was too rigid and left no room for negotiation. It was also very demanding in terms of taxes. Moreover, investors do not like the rules of the game to be changed. When you invest in the extractive industries, you typically expect a return on your investment in 10 or 20 years or more. You expect stability for this period.
The sector looks more dynamic now, with a more attractive hydrocarbons code about to come into force and the 12th bidding round due in September 2019. The government wants to attract investment to achieve new geological finds, especially in ultra-deep waters.

What are the positive aspects of the new hydrocarbons code?
The first thing that was good was that the state of Gabon engaged the stakeholders, went to the University of Houston and asked for feedback from international players before coming up with a draft legislation. This consultation has been a clever move.
There has been a shift in perspective in terms of petroleum, seeing oil and gas not only as an export product, but as part of the petrochemicals and energy sectors. Moreover, the government has left space for further negotiation with oil companies regarding where they want to invest. The local content aspect is still there, which is very important.

What changes has the domestic oil and gas regulatory environment undergone?
The role of Gabon Oil Company is quite new. In the past, the DGH [General Directorate of Hydrocarbons] was acting at the same time as regulator and state oil company, which created some confusion. Now, it is clarified. Gabon Oil Company will be the state oil company, so it can partner or be an operator. The DGH will be the regulator. It is good to have a split between the two.