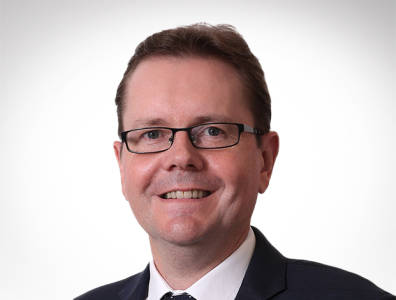 There are underexplored areas that are reasonably close to significant power and energy markets. From an opportunity standpoint, Indonesia is still very interesting.

Gary Selbie, the president of Premier Oil Indonesia, talks to TOGY about the company’s operations in Indonesia, future development options and the new gross-split PSC scheme. In April 2018, Premier Oil signed the PSC for the Andaman II licence in the North Sumatra basin offshore Indonesia.

On East Natuna: “The whole East Natuna area is highly prospective with a significant exploration upside. Currently, there is no obvious route to commercialise any discovered gas. However, if we can make this project happen, and build a relatively short pipeline to access the Vietnamese market, it would almost certainly stimulate exploration activity in the area. I know several other operators that are very enthusiastic about this area.”

On stability: “We have had no issues in terms of contract sanctity. We have long-term contracts in place and they have always been honoured. That gives us quite a bit of confidence in the country and in the government here.”

On geology: “We recognise that Indonesia still has a lot of potential. There are underexplored areas that are reasonably close to significant power and energy markets. From an opportunity standpoint, Indonesia is still very interesting.”

Most TOGY interviews are published exclusively on our business intelligence platform TOGYiN, but you can find an abridged version of our interview with Gary Selbie below.

How does Indonesia’s oil and gas market compare to others?
Indonesia, like any country, has its issues and challenges. It also has its opportunities. The biggest issue for foreign investors at the moment are issues related to contract sanctity and regulatory uncertainty. From Premier Oil’s perspective, we have had no issues in terms of contract sanctity. We have long-term contracts in place and they have always been honoured. That gives us quite a bit of confidence in the country and in the government here. However, there are a lot of articles in the press about some of our peers who cannot say the same.
We do appreciate the recent initiatives from the government to try and improve the investment climate here. It is a positive sign that they recognised Indonesia was slipping down the list of countries in terms of competitive fiscal terms. They rolled out the new gross-split PSC scheme this year.
It is widely agreed that the gross-split scheme, as a concept, is a good one. Anything that reduces the administrative burden and gives contractors more freedom and flexibility to employ the most appropriate technology or equipment from anywhere in the world is a positive step for the industry. At the moment, however, some uncertainty remains.
The tax regime is the biggest talking point in the press. I know there has been a lot of progress made with the Ministry of Finance in the past few weeks on how the tax regime for the gross split will work. Apart from that, the devil will be in the details. There are also other issues that other ministries and other departments of the government are involved with – things like Customs, excise tax and manpower.
We are being told that we will have the freedom to contract and purchase equipment from wherever we want, but there will be local content targets and requirements. We will need some implementation guidelines on how that whole process will work.
We are also being told we will have the freedom to resource the company as we see fit. Does that mean we are able to bring in expats? How will that work with the Ministry of Manpower and Immigration? There are quite a few of these lower-level implementation guidelines which have yet to be finalised. While they probably will not affect our ability to bid on new blocks, nonetheless, they are still important. We have to understand how these things are going to work under the gross-split PSC in order to fully evaluate the attractiveness of the blocks being offered.

How has the government responded to concerns raised by the new gross-split PSC?
There seems to be a healthy dialogue between the government of Indonesia and operators, mainly through the IPA [Indonesian Petroleum Association]. The government is listening to the industry. They have already made some changes to the gross-split scheme. That in itself should send a positive signal to foreign investors; the government here is trying to change things.
Of course, the gross-split scheme is not a silver bullet, and it is not going to fix things overnight. It needs to evolve and be improved, and it will be, as long as we keep the dialogue going. The gross-split scheme is a good concept, but we need to work on the detailed implementation. I think they recognise the value of foreign investors, not only from a financial perspective but also from a technological one.
There are a lot of smart people in the government here. It is encouraging that the country has come a long way over recent years. I first came here in 1997, and I have seen huge changes. I have seen how difficult it used to be to make changes. Now, it is much easier to hold a two-way dialogue and influence the government.
One of the challenges that SKK Migas and ESDM [Ministry of Energy and Mineral Resources] still face is in co-ordinating with the other ministries. Sometimes other ministries may have slightly different, even conflicting objectives. As an example, the Ministry of Finance is looking to maximise taxation revenue from the industry, whereas the ESDM is trying to maximise investment and production. One area that could possibly be improved is co-ordination between the various ministries where conflicting objectives may be hampering progress.

What opportunities in Indonesia would the company like to participate in?
Geologically, we recognise that Indonesia still has a lot of potential. There are underexplored areas that are reasonably close to significant power and energy markets. From an opportunity standpoint, Indonesia is still very interesting.
While the days of monstrous onshore oilfields and cheap production have passed, there are still some significant offshore gas reserves that we are interested in. We would like to leverage our existing knowledge and infrastructure in Indonesia. We know the basins. We think we know the geology pretty well, having been here for over 20 years now. We would like to utilise that knowledge and realise some synergies with our existing organisation here. We think that we have a significant advantage over any company coming into Indonesia for the first time.

What Indonesian assets are you planning on developing next?
Tuna is effectively the next big area of likely growth for Premier Oil in Indonesia. We have the Tuna field, which is situated right on the northern border of Indonesian waters, adjacent to the Vietnamese border. We drilled four wells on the block and discovered significant gas reserves there in 2014. The discovery is in the range of 100 million boe, but it is predominantly gas – about 500 bcf [14.2 bcm] of gas reserves. It’s a fairly rich gas with condensate and LPG content. Our partners at the moment are Mitsui from Japan and GS Energy, a Korean company.
The challenge associated with Tuna is that it is around 400 kilometres from the existing pipeline infrastructure in West Natuna, the nearest offtake point. In terms of commercial feasibility, it would take quite a high gas price to justify building that 400-kilometre pipeline.
Instead, we have been working on a potential international gas sale to Vietnam. Tuna is only about 100 kilometres from the nearest pipeline system in Vietnam, which obviously improves the project economics significantly. We are currently investigating, along with the Indonesian and Vietnamese governments, whether we might be able to develop the Tuna gasfield and export the gas to Vietnam.
We have had very encouraging support from the government of Indonesia on this development. One of the reasons for that is that the entire area is seen as being quite strategic, but remains largely undeveloped. Two of the new blocks on offer in the current bid round are immediately adjacent to Tuna. There is the Tongkol block and the South Tuna block. It is also reasonably close to D-Alpha or East Natuna, the huge gasfield that was discovered by ExxonMobil several years ago with fairly high carbon dioxide levels. If things progress as planned, Tuna will be begin production around 2023. Peak production is expected to be around 100 mcf [2.83 mcm] per day.
One of the reasons we like Tuna – and possibly the reason we are getting such active support from the Indonesian government – is because the whole East Natuna area is highly prospective with a significant exploration upside. Currently, there is no obvious route to commercialise any discovered gas. However, if we can make this project happen, and build a relatively short pipeline to access the Vietnamese market, it would almost certainly stimulate exploration activity in the area. I know several other operators that are very enthusiastic about this area.
The pipeline is only 100 kilometres long, and that is not a huge investment. The bigger challenge is getting the various government-to-government agreements in place, but we believe it is doable. With current regional gas prices, we think this project is commercial.

For more information on the Indonesian market, including upstream opportunities, the government’s plan to raise power generation capacity and investment conditions, see our business intelligence platform, TOGYiN. TOGYiN features profiles on companies and institutions active in Indonesia’s oil and gas industry, and provides access to all our coverage and content, including our interviews with key players and industry leaders. TOGY’s teams enjoy unparalleled boardroom access in 35 markets worldwide. TOGYiN members benefit from full access to that network, where they can directly connect with thousands of their peers.
Business intelligence and networking for executives: TOGYiN