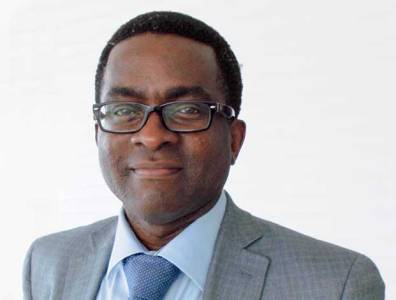 Oil Data is a Nigerian oilfield services company that specialises in enhanced oil recovery and data-driven solutions for oil production. The industry has witnessed a rise in national and international hydrocarbon companies using data-modelling approaches to oil production and reservoir management at Nigerian oilfields.

Data-modelling in drilling operations is changing market norms and challenging previously cemented approaches to producing oil in the Niger Delta region. Global and niche service providers alike have taken to data analysis and modelling in search of pragmatic and creative enhanced oil recovery solutions to shorten the time to market, increase the recovery factor and produce hard to produce sands.

DATA-DRIVE: Typically, when a well produces more water than oil or gas, it is shut down; this requires lifting of the workover rig and the introduction of fluids to shut the well in. As a result, this increases the probability of damaging the reservoir, an impact that is often at times irreversible.

Contrary to this adopted practice, intervention without shutting down the well enables the pours to stay open, allowing for extended data analysis that can identify the water patterns in the well. With enough data on the well behaviour, a company is able to develop a model for determining the correct equipment and approach and shut off the water at source downhole.

“In a historical context, companies have tended to discount data in their budgets because it is not tangible. Data-driven rigless workovers in the Niger Delta have taken wells from 80-90 percent water production down to 10-20 percent while extending the production lifetime. While there is an investment up front, the return on investment on turning a water bearing well into an oil producing one is substantial,” the CEO of Oil Data, Emeka Ene, told TOGY.

HANDLE WITH CARE: Every well and reservoir must have a modelled and tailored approach due to the variance in characteristics such as the gravity and type of oil, whether the sand is consolidated or unconsolidated, the drilling depth, as well as the production levels and techniques previously implemented at that well. If the field has undergone significant overproduction, for example, there may be a greater presence of sand.

Overproduction or mismanagement of the reservoir is detrimental to a well’s production over time. “It is not like a faucet that you can switch on and off – it requires life cycle management. Many assets in the Niger Delta have not been properly managed,” said Ene. The diameter that oil flows through is 4-5 micron, roughly twice as small as the diameter of a human hair. The plugging or clogging of these pathways can easily occur.

Most reservoirs and wells across the Niger Delta have experienced frequent interruptions, which have led to damaging effect. The potential for data-driven approaches, such as rigless workovers, can deliver significant upsides with regards to production from existing assets over time.

THE EARLY BIRD: Local marginal field operators must treat oil production as a business case before a technical case. Many of these companies do not have existing sources of revenue; it is critical for them to establish commerciality of the asset, as cashflow from production provides a stronger collateral in negotiating financing and meeting debt terms.

“While enhanced oil recovery is not necessarily the cheapest up front, it is the quickest way of bringing you to market. Time to market for these players is critical. You get to production, and then you optimise post-production,” Ene told TOGY. Around half of the marginal fields from the 2003 bid round are now producing. Oil Data has used enhanced oil recovery with 80 percent of these producers. The majority of the companies that are not producing are held back by financial issues.

Furthermore, recoverable reserves stand to benefit from this approach; certain assets in the Niger Delta have gone from around 3 million barrels of oil to almost 30 million in several cases. Previously used production mechanisms had ignored small pockets of reserves that accumulate in the aggregate.

EARLY ADOPTERS: Adopters of these innovative approaches have one characteristic in common: they have an appetite for risk. “There are major international oil companies that have higher risk appetite, such as Chevron, while others may be more conservative to adopting innovative solutions to enhance oil production,” said Ene.

For independent and local players, the approach tends to be based on short-term factors. Depending on the point in time in their project cycle, they may choose to be aggressive with this approach. Independent companies with tight production deadlines are more likely to take risks than those that are already producing at one or two wells.

“With the divestment process, you have large swathes of wells and fields that are being transferred to new operators. The immediate opportunity will be to look at campaigns, rather than individual wells. The bottom line is that it is easy to sweat the asset if you know the big picture and have a big pool. Then, statistically, you will get more back than if you pick one well that was not successful,” said Ene.