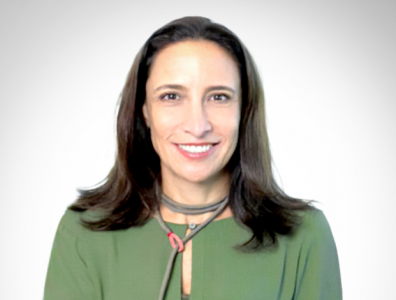 Mexico has ideal conditions to develop wind and solar. Yet the challenge is finding the right market and having access to the grid.

Tania Ortiz Mena, president of Sempra Infrastructure for Mexico, talks to The Energy Year about the rationale behind the company’s recent creation, the latest on its LNG and battery storage projects, and the prospects it sees for renewables in Mexico. Sempra Infrastructure develops, builds, operates and invests in North American energy infrastructure.

This interview is featured in The Energy Year Mexico 2023

What was the rationale behind the 2021 creation of Sempra Infrastructure?
Sempra’s presence in Mexico evolved with the development of greenfield projects in natural gas distribution then moved on to natural gas pipelines, fuel terminals, power generation and renewables. The strategy behind our presence in this country was to develop infrastructure to bring a more reliable, clean and affordable supply of energy to Mexican households, industries and consumers.
In 2013, the company became public with the creation of IEnova, which maintained successful growth, becoming the leading private energy infrastructure company in Mexico. In November 2021, we consolidated Sempra LNG and IEnova and renamed the company Sempra Infrastructure, embarking on an exciting new chapter.
The aim of the consolidation has been to create a premier North American energy infrastructure company which will enable the energy transition. We are witnessing major trends of integration between the Mexican and US energy markets and we are at the forefront of this opportunity. We own pipelines that import gas from the US into Mexico, have refined fuel terminals that allow Mexico to import refined products from the US, and generate renewable electricity in Mexico that is exported to the US. Moreover, our LNG facility will further enable us to bring gas from the US to Mexico and export it to isolated markets as well.
The renewed ethos of the company is to aim to materialise the principles of the energy transition via the combined strengths of its assets, which in Mexico include more than 7,000 kilometres of gas pipelines, one thermoelectric plant, one LPG terminal, two fuel storage terminals, one regasification terminal, two wind farms and five solar farms.
In addition, we are currently developing five fuel storage terminals and a battery storage project, expanding certain renewables projects and of course working on our most important project, ECA LNG. Thus, the rationale behind this incorporation is to be a recognised vehicle consolidating the foundations of transborder energy infrastructure in North America.

What updates can you give us on the Energía Costa Azul (ECA) LNG project?
The ECA LNG project is part of the current government’s national infrastructure plan as it aims to contribute to the nation’s energy security and intends to advance economic development and competitiveness. In November 2020, we reached FID and now the project is fully permitted and under construction. The venture is strategically located in Ensenada, Baja California, as a bi-national Mexico-US programme greatly benefitting the regional economy.
This mega-project is expected to generate around 3,000 direct jobs and 10,000 indirect ones during construction. As for value, if we include the adjacent associated pipelines we are currently building, the project is close to USD 2.4 billion. It is due for completion at the end of 2024.
In December 2020, TotalEnergies acquired a 16.6% interest, which follows the agreement it signed to commercialise 1.7 million tonnes per annum of gas from the ECA LNG facility for a 20-year period.
The EPC contractor is now fully mobilised on site and the project is advancing at a good pace.

What inroads are you making in battery storage through the VDM BESS project?
With the aim of promoting the development of renewables and maximising the benefits coming from sustainable financing, we are in the early stages of development of the Volta de Mexicali (VDM) battery storage project. VDM BESS will be a cross-border venture poised to become the largest battery project in Mexico, with a first phase hitting 100 MW. The project will eventually yield 500 MW of total storage capacity. While the first phase could reach FID by mid-2022, commercial operations are expected to start in 2023.
VDM BESS will provide energy to the California Independent System Operator (CAISO) via a transborder transmission line owned by Sempra Infrastructure, and will be essential in granting backup power to CAISO’s system, which is largely made up of intermittent renewable energy capacity. Energy stored in these batteries will be a reliable source of renewable energy serving the California region. Moreover, this project will be essential in the display of an ever more resilient and reliable integrated energy system between the US and Mexico.
To make this project possible we’ve had the support of the International Finance Corporation, which has been a reliable partner when it comes to sustainable financing, advising us in the area of financing frameworks and the optimisation of operational models, all tied to the concept of sustainability as a key pillar.
Battery technology is becoming an essential part of supporting the growth of renewables, becoming increasingly competitive in terms of cost and efficiency. We are living a transformational moment in the power market and we want to be pioneers in the battery space in Mexico.

What opportunities do you see in bringing energy to isolated regions such as Baja California?
Mexico offers an interesting, complex and large market. There are many isolated regions, and therefore the need to develop different strategies for the diverse isolated markets. A clear example is the Baja California region, which is not interconnected to the Mexican gas or power grid. We have worked hard to integrate the Baja California Peninsula in terms of energy, but there are still plenty of opportunities when it comes to interconnecting this region to the national gas and power grid.
Another isolated market we have a lot of interest in is the Mexican tip of the peninsula: Baja Sur, an area totally disconnected from the rest of the country. We have spent years evaluating how to connect it to the rest of the peninsula. So, we try to convert challenges to opportunities and we are seeking interesting solutions to supplying energy to remote or disconnected areas like these.

How prospective is Mexico and its Baja California region for the development of renewables?
Mexico has very generous wind and solar resources. It’s not only about having a lot of sun, but about having the right temperature, humidity, altitude and extensive areas of land that has no other use. Considering these factors, one could determine that Mexico has ideal conditions to develop wind and solar. Yet the challenge is finding the right market and having access to the grid.
We have been fairly selective in our renewables portfolio. As of now, we have 1,000 MW of renewables in Mexico – two wind farms and five solar farms. Sun and wind conditions in Baja California are optimal and we’ve already developed pioneer renewables projects there such as the Rumorosa solar park with 44 MW, enough to deliver clean energy to 70,000 homes, and the Energía Sierra Juárez wind farm with 155 MW. We are currently developing the second phase of the latter, which will add another 108 MW of wind power generation to be eventually exported to California.
Hence, this region offers not only the right environmental conditions, but also vast transborder opportunities. Another interesting phenomenon is the growing industrialisation that the region is experiencing, which is gradually giving way to a rise in power demand. These are some of the added values Baja California offers, as an optimal breeding ground for a renewables market.

What gaps do we still find in gas networks and “last mile” gas distribution in Mexico?
We have gas pipelines in every border state, from Baja California to Tamaulipas, and that enables Mexico to access abundant and still relatively cheap US gas. The backbone of Mexico’s natural gas pipeline system has already been built and natural gas will continue to be relevant for power generation in the country and for industrial use. One could say gas is the ideal transition fuel, one which we are now combining with renewable resources.
Nevertheless, Mexico’s pipeline network is still insufficient and deteriorating, which suggests a need to further extend the lines and revamp them. For example, in southern Mexico there is infrastructure that needs to be built and there are insufficient distribution networks – as in gas systems in the cities providing gas to households and businesses.
To offer perspective, only 7% of Mexican homes have access to natural gas. This also means there is a great opportunity when it comes to expanding the pipeline grid, and then the distribution grid into the cities.

To what extent is Sempra Infrastructure pursuing public-private collaboration to further advance the sector?
CFE [Federal Electricity Commission] and Cenagas are the leading participants in the power and gas market in Mexico, and thus we have always had a solid collaboration with both entities. CFE is our largest customer in Mexico regarding our gas pipeline system and we work with them very closely. When it comes to Cenagas, several of our pipelines are part of their pipeline system. We keep up a fluid communication to try to seek further opportunities and common goals together.
One thing is for certain – there is an urgent need to supply more reliable energy to Mexico, and so CFE, Cenagas and Sempra Infrastructure are on the same page. There are common objectives and a long-term view about jointly developing infrastructure. This is a clear example of what can be done when public-private collaboration is materialised.