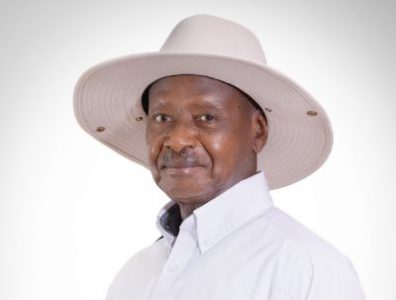 It is our intention to use the revenue derived from oil and gas to invest in and build durable economic capacity.

Uganda’s president on building an economy beyond oil

Ugandan President H.E. Yoweri Kaguta Museveni talks to The Energy Year about how the recently announced oil and gas FID will bolster government efforts to build a durable economy and what potential investors in Uganda’s energy industry should know about the country’s strengths and advantages.

This interview is featured in The Energy Year Uganda 2022

How has Uganda emerged from the pandemic in 2021 and early 2022?
2021 still presented the challenge of the coronavirus pandemic, and hence some of Uganda’s economic sectors remained frozen, such as tourism and entertainment. Some aspects of transport were also affected, but others prevailed. We didn’t have any shortages in industrial output. Economic growth slowed to around 3.8%, lower than the projected 6%, but we survived.
We have had very few deaths in the last two years from coronavirus, with a total of around 3,500 people having died. At the moment, the situation is much better, with infection rates very low. Many people have been immunised, so we’re emerging from the pandemic, moving forward to drive growth and prosperity for the nation.

How important is the recent announcement of the oil and gas FID for Uganda?
It’s a very important milestone because the oil money will boost government revenues and it will have an impact on our plans to invest and build. Petroleum won’t be there forever; it is an exhaustible resource. Therefore, it is our intention to use the revenue derived from oil and gas to invest in and build durable economic capacity, including infrastructure such as dams, while also investing in areas such as scientific research.
Even if we phase out the use of petroleum as a fuel, it has valuable non-fuel applications. For instance, we can use it to make textiles and fertilisers. I have no problem with phasing out oil as a fuel, as we have other sources of energy. However, it will remain important for the country as it can be used for many purposes.
In terms of our capacity to effectively exploit our resources, we have been training petroleum scientists since 1986, so there are many qualified engineers and geologists in Uganda. That’s how we were able to create a petroleum unit today in the Ministry of Energy and Mineral Development. We also have the Uganda Petroleum Institute – Kigumba providing petroleum studies and world-class certifications where people can learn the actual work and skills in an institute that is fully accredited, like other leading petroleum institutes in the world.

How will the development of an oil and gas sector boost Uganda’s central role in the East Africa region?
Our oil and gas developments will reinforce the important historical linkage that we have with Tanzania. That linkage is now strengthened by shared assets as we are building a shared export pipeline. In addition, the sector’s final products – petrol, diesel and byproducts – can now be used both within Uganda and within nearby areas of East Africa.
As East Africans, we now have the problem of the cost of petroleum products going up because of other people fighting wars, which is affecting us. Generating a supply from our own resources would be useful because it wouldn’t be subject to those fluctuations.

As the nation prepares for its 60th anniversary celebrations later this year, what do you think have been the key drivers of progress in its history?
Uganda is a very rich country. We have everything. The only thing that we were previously lacking was the stability needed in order to be able to cultivate a vision of transformation.
As we became independent, African societies were still pre-capitalist and traditional, just like Europe was at one time. It’s not easy to build a middle class and a skilled working class in a society that was very recently pre-capitalist.
Another issue after independence was the problem of infrastructure. The driver of economic change is the private sector, and for some pre-capitalist societies it took some time to figure this out. We have had time to realise that the true driver of economic growth and transformation is the private sector.
Once you realise this, the question is: what does the private sector need to thrive? Apart from peace and stability, they need friendly policies and infrastructure. These are two of the factors that were lacking. Then once you have those, it’s a question of the market and where to sell what you produce. Is Uganda’s internal market enough? Yes, it’s good, but it’s not enough. We need market integration in Africa in addition to market access in other continents.
These 60 years have been used to clarify some of these issues and get a sense of direction. The question is, “What is to be done?’’ It’s always what is to be done, how and why that are the big issues for societies. It’s really a debate about the direction. People can be polarised by failing to define a common direction.

What is your final message to those interested in investing in Uganda’s energy industry?
For potential investors, Uganda is the right place at the right time. We’re located in the centre of a huge continent. Africa is 12 times the size of India, with a population of 1.5 billion, which is growing and will reach 2.5 billion in the next 30 years. If you’re after money and that money comes from producing and selling what you produce, which means you need buyers, then Africa is the right business destination.
There are huge potential buyers here and we have a very young population who are hungry for all of these products, as well as being eager to work and to grow. The production generated by renewables and hydrocarbons is in high demand. This is the right place for all products including energy products of all types. Now is the time. Uganda is the right destination for investment.