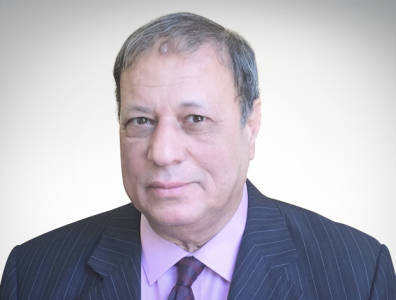 I think in the coming years the private sector will share in the refining map and I expect that maybe within 10 years we will not import any petroleum products.

Percentage the ERC refinery will reduce the need for diesel imports:35%

TOGY talks to Mohamed Saad Ibrahim, the managing director of the Egyptian Refining Company, about the timeline for the construction of the ERC refinery as well as how the refinery can lessen the country’s dependence on foreign imports of petroleum products and add to Egypt’s struggling foreign currency reserves. The Egyptian Refining Company is tasked with the construction of new processing facilities in that are expected to cover 35% of Egypt’s domestic diesel needs.

What are the recent achievements and milestones for Egyptian Refining Company [ERC]?
The lump-sum turnkey contract for the new refinery at Cairo Oil Refining Company’s Mostorod Petroleum Complex was awarded on August 29, 2007. The financing for the project was closed on June 14, 2012. The site was completely handed over to the contractor on July 15, 2014.
The construction of refining facilities is expected to be completed on November 14, 2016. We also hope to complete a performance test on April 14, 2017. Finally, we hope to complete the project on August 14, 2017. These are the main milestone dates. I hope to achieve these. Currently, our facilities are under construction, but I think the first shipment of product will go out in the second quarter of 2017.
Our refinery project is one of the most important and biggest projects in Egypt and Africa. The total investment is about USD 3.7 billion. Foreign investments make up about 87% of the total cost of the project. This gives us very strong evidence that the atmosphere of investment in Egypt is getting on very well and encourages more people to come and invest.
As you know, in the past few years the local consumption of the petroleum products has jumped very quickly and the gap between production and consumption of petroleum products, especially diesel and petrol, has become very wide. So, at this point the country is compensating by importing diesel, petrol and LPG.

Which countries are you importing from?
We import from many areas. For example, we get LPG from Algeria.
It is very difficult for the country to compensate for such a large gap. So, the main idea of our project is to make this gap narrower by producing the light products the local market needs. As you can see, this is the main purpose of our project.

What are your output targets?
We will produce 80,000 tonnes of LPG per year. Naphtha and reformate together will account for 850,000 tpy. This will cut about 50% of the quantity we currently import. This means we can reduce the amount of dollars we are paying for imported products and ease the strain on Egypt’s foreign exchange reserves.
It’s also important to mention that we will save USD 300 million per year for the Egyptian General Petroleum Company (EGPC). This amount is coming from the cost of imported product, as well as insurance and handling costs.
We will also produce 600,000 tonnes of jet fuel per year. After that it is diesel at 2.3 million tonnes per year, which is about 35% of the imported quantity. Besides that, we will produce 315,000 tonnes of fuel oil, 450,000 tonnes of petroleum coke and about 96,000 tonnes of sulphur per year.

Are these targets just for Egypt’s domestic market?
Everything we produce is sold to EGPC for the domestic market. We won’t export anything. So we save about 30%-50% of the imported quantity of petroleum product after we begin producing our own products. This is the main focus of our project, to narrow the gap between production and consumption for LPG, petrol and diesel. The transportation sector is the biggest consumer of this these petroleum products, petrol and diesel.
Another important thing to mention is that our specifications are compliant with international specifications. We produce Euro 5 standard diesel. This classification is about 10 parts per million of sulphur. So, our product will be superior and this is very important for the environment. Besides the economic benefit of the project, we will add an environmental benefit for our neighbours.
For jet fuel, we produce Jet A-1. This is also the international specification for jet fuel.

We saw last year the government significantly reduced its fuel subsidies. What is your opinion on some of the market liberalisation reforms happening in Egypt?
It’s very important that you don’t have two prices for any product, because this will open the black market. So, what we see now with petroleum products is that some people are getting diesel at a subsidised price, which is low compared with the international price, and they sell it to the ships passing through the Suez Canal.
As you can see, it’s very important that you have only one price for any product, especially for petroleum products. I think the policy not to subsidise petroleum products is very wise and this can be done gradually. The government said they will make a firm decision, and I believe this decision will be about the petroleum products prices.

In Kuwait, petcoke is generally used in the steel industry. What is the main input for petcoke in the Egyptian market?
We’ve already negotiated with a large cement company in Egypt. We will produce about 450,000 tonnes of petcoke per year. We’ve reached a memorandum of understanding with them where they will use our petcoke for their plant in Egypt. They also have the ability to export the rest of the petcoke they don’t use.
I think the policy of the government is to substitute part of the gas with petcoke. Also they have very strict environmental regulations about using petcoke. We’ve also negotiated with some other companies to take our sulphur. We recover about 99.9% of sulphur from our refined products. This is very important because if you don’t recover this sulphur, it will go into the atmosphere as sulphur dioxide. We convert it to solid sulphur and we sell it to fertiliser companies.

What do you think the country needs to do to encourage more downstream investment?
Part of Egypt’s problem is in the downstream area, especially regarding refineries. We have about nine refineries in Egypt, but most of them were built very long ago. Nasser Petroleum Company’s refinery in Suez was built in 1911. The Suez Oil Processing Company is another refinery in Suez, which was built in 1921. A lot of modifications have been made to these refineries, but they are still old. These are also very simple refineries.
What do we mean by simple? We call it a topping refinery, which takes the crude oil and converts it to the light products and fuel oil. They didn’t have a conversion process to convert the fuel oil to light products, such as what we do in our project.
Our refineries need a lot of improvements, so we should encourage investors to come and invest in them. To encourage investors, the law of investments needs to be modified. They added a lot of changes to this law, but still they need to facilitate and encourage investors to come. We also need to facilitate the job of the investors.
Instead of going to multiple ministers to get their permission, such as the prime minister said, we are looking to have a one-stop-shop for investors. All of the licences and approvals will be handled there. As you know, the atmosphere in Egypt now is very safe, and this stability is very important to any investors. As the economy is getting back to how it was previously, I think investors will be encouraged to come to Egypt.
For example, our project been very successful regarding the government and investors. Because EGPC owns about 24% of ERC projects, there’s co-operation between the government, which is represented by EGPC, and foreign investors coming from all over the world. You will also find a lot of international banks are sharing in our project.

We’ve been seeing China investing more and more in Africa. Do you see most of the investment in Egypt’s refineries coming from Europe or from Asia?
For our project, I think most of the investment is from Europe and Asia. We have investors from Japan and also from South Korea. Our contractor, GS Engineering & Construction, is from South Korea. The Export–Import Bank of Korea is also sharing in our project, besides the International Finance Corporation, Netherlands Development Finance Company, German Investment Corporation and the IMF.

How do you see the Egyptian refining sector evolving over the coming years in regards to all of the developments going on not only with ERC but also Cairo Oil Refining Company and Middle East Oil Refinery Company (MIDOR)?
If you look at the refining map in Egypt you will find about nine refineries. Most of them are owned by the government. I think in the future we need more projects for the private sector, as we need a lot of investments in governmental refineries.
As you can imagine, USD 3.7 billion is not an easy amount for the government at present, so we need co-operation between the government and the private sector or private foreign investors. I think in the coming years the private sector will share in the refining map and I expect that maybe within 10 years we will not import any petroleum products.
In addition to our project, the expansion at the MIDOR refinery will increase its output capacity by 60%. The government also has some projects at the Assiut refinery. They have a project to install a new hydrocracker and a catalytic naphtha reformer. The hydrocracker will give the light products such as diesel, and the reformer is for petrol products. With this project I think Egypt will be self sufficient in petroleum products in the coming years.

Prime Minister Sherif Ismail, even when he was minister of petroleum, always had this idea of Egypt becoming a regional energy centre. Can the refining sector help this come about as more international and also public and private co-operation takes place in Egypt?
I agree with him totally. The government is encouraging people to invest and are trying to facilitate everything they possibly can for them. I think the next few years will bring a lot of investors and a lot of projects to Egypt. The example for this is in Egypt’s power generation sector, where today we don’t have the summer blackout crisis we suffered in the previous years.