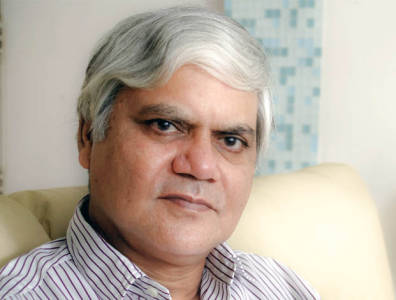 The party’s objective is to make India one of the world’s top destinations for investment in the hydrocarbons industry by creating a new business culture and legal framework that will incentivise exploration and production.

Clear the backlog: The BJP’s vision for India’s oil and gas industry

The Bharatiya Janata Party (BJP) won 282 seats during the 2014 Indian general election. Narendra Taneja, national convenor of the BJP’s energy cell, speaks to TOGY about the party’s vision for the country’s oil and gas industry. One of the challenges facing the party and the new government is restoring investor confidence in India’s hydrocarbons industry.

Where was India’s oil and gas industry standing when the BJP took power in 2014?

When the new government of Prime Minister Narendra Modi was elected in May 2014, the country was facing numerous economic issues due to policy paralysis by the previous administration. India’s hydrocarbons industry has to make major changes and reforms to stop a decline in oil and gas production, decrease dependence on oil imports and restore hope in the industry, with the aim of attracting international investors.

The BJP is looking to clear the backlog in projects and policies and generate investment in India’s hydrocarbons industry. To incentivise domestic oil and gas exploration and production, especially in deepwater and ultra-deepwater blocks, the government is reaching out to local and international companies, technicians and investors to find the best ways to solve the regulatory and operational issues they are facing.

What are the key drivers of the BJP’s energy policy?

The party’s objective is to make India one of the world’s top destinations for investment in the hydrocarbons industry by creating a new business culture and legal framework that will incentivise exploration and production. Growth in the country’s hydrocarbons industry will make energy available to everyone in India.

In 2014, 400 million people are still living without access to energy and electricity. India’s petroleum products pricing mechanism and subsidies will be made modern and market friendly so it can attract investment and boost oil and gas growth. The BJP is aiming to protect the people living below the energy poverty line through targeted subsidies. We want India to become an energy superpower despite its dependence on oil and gas imports from countries in the Middle East.

What is the potential of India’s oil and gas industry?

India has great oil and gas opportunities for companies to invest and create jobs, for example, in the country’s western offshore area or the Assam-Arakan Basin. In addition, India has well-trained and skilled engineers for the hydrocarbons industry, and the country is developing important practices and techniques for the industry in areas such as deepwater exploration.

The government is preparing to launch the 10th round of the new exploration licensing policy and is planning to build an additional 15,000-kilometre gas pipeline network in the next five years, so midstream infrastructure in India is set to expand. It will include major gas pipeline projects such as GAIL’s 2,050-kilometre Jagdishpur-Haldia gas pipeline, for which construction started in September 2014.

There is tremendous potential for upstream operators to boost oil and gas production from existing fields in the Cambay and Barmer basins. The government is working on implementing the most suitable policies and granting the necessary clearances for enhanced exploration and production activities.

The country is looking to explore deepwater and ultra-deepwater blocks in the Bay of Bengal and the Arabian Sea, where we have received positive results from our geologists. As a result, the government is planning to establish two large oil and gas clusters in both these locations. The development and drilling of these blocks require the latest technology from major international oil companies.

Which countries is India looking to build ties with in order to ensure its energy security?

We intend to expand and build on our relationship with Saudi Arabia and other Middle Eastern countries, such as Iran, Kuwait and Iraq. We would like for companies in the Middle East to invest in India, and for Indian companies to invest there.

India is also looking to build partnerships with African countries. India is interested in establishing energy ties with Mozambique, Tanzania, Algeria, Egypt, Nigeria, Angola, Ghana, Mauritania, Sudan, South Africa and Namibia, if the latest is successful in finding oil and gas. The continent is full of investment opportunities, and we look forward to contributing to their economies in the future.