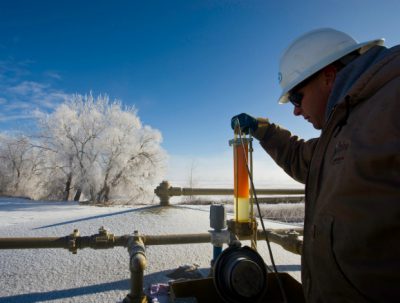 HOUSTON, February 1, 2017 – Anadarko Petroleum released its fourth-quarter results late on Tuesday, announcing a boost in sales and reduction in losses compared with the same period a year ago.

The Texas-based independent revealed a net loss of USD 515 million on sales of USD 2.39 billion for the final period of 2016. In the fourth quarter of 2015, the company had incurred a loss of USD 1.25 billion on revenue that was 16.3% less than in this past quarter.

Overall, 2016 represented a time of consolidation for Anadarko. It sold USD 4 billion in assets in 2016 as it shifted its domestic drilling focus to Colorado, Texas and the Gulf of Mexico. It also expects close on another USD 3.5 billion of divestitures in the Eagle Ford and Marcellus Shale plays in the first quarter of 2017.

While quarterly production fell slightly to 774,000 boepd from 779,000 a year earlier, Anadarko is feeling optimistic moving into 2017.

Anadarko has reported 1.72 billion boe of proven reserves as of the end of 2016.