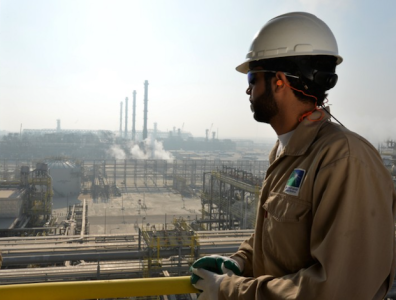 RIYADH, February 6, 2017 – Saudi Aramco has reportedly picked four consultants for its first bond offer prior to what is expected to be the world’s largest IPO next year, international media reported on Monday.

HSBC Saudi Arabia, Riyad Capital, NCB Capital and Alinma Investment were the banks picked for helping out with an issue of SAR-denominated Islamic bonds (sukuk) by the end of June, Bloomberg reported, citing two anonymous sources.

This could be followed by a dollar-denominated bond issue as Aramco is hoping to raise up to USD 10 billion from bonds this year, the report added.

Neither Aramco nor the financial institutions concerned have commented on the reports.

Last month Aramco, the world’s biggest oil producer, reportedly underwent its first independent audit ahead of the IPO next year, where it is planning to offer some 5% of its shares for an estimated USD 100 billion.

More recently, the company has been considering raising output from its Berri offshore oil- and gasfield. Through additional drilling, Saudi Aramco aims to increase production by some 250,000 bopd, Reuters reported last week.

The field’s high-pressure associated gas will be sweetened at Khursaniyah, while low-pressure gas will be fed into Jubail’s Berri gas plant. The facility will undergo a USD 1.7-billion expansion in order to increase its natural gas liquids recovery capacity. Combined, the work related to the Berri field is valued at USD 6 billion, sourced told Reuters.