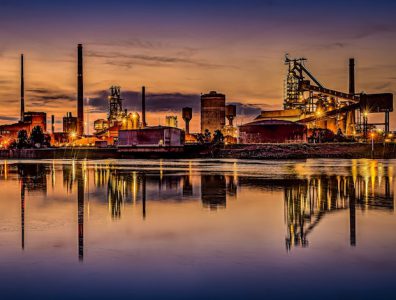 Reuters quoted Uwe Braun, CEO of ArcelorMittal Hamburg, as saying one focus of the consortium would be producing carbon-neutral steel in the German port city.

In addition, Vattenfall is expected to idle its Moorburg coal-to-power plant in Hamburg and convert the site to green hydrogen while ArcelorMittal will be one of its main customers.

Other members of the group include Gasnetz Hamburg, GreenPlug, Hamburg Harbor and Logistik, Hamburg Port Authority and HADAG sea tourism and ferry service.

ArcelorMittal is the world’s largest steel producer. Read our latest interview with the company here.

For its part, Airbus aims to develop a hydrogen-fuelled aircraft, named ZEROe, by 2035. It is set to be the world’s first zero-emissions commercial aircraft.

Meanwhile, Shell has emerged as one of the key global energy players developing hydrogen, focusing on both blue and green hydrogen.