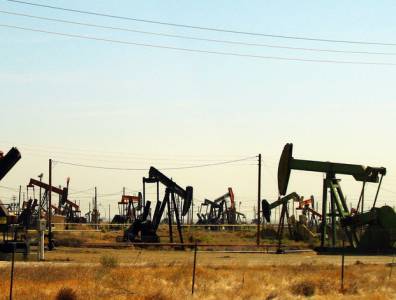 Crude stockpiles in the country rose about five times more than expected last week, the US Energy Information Administration reported.

Meanwhile, imports grew the most since mid-March amid new momentum in the market’s four-month long rally.

Oil prices are on track for possible gains of 3% this week, boosted by reports that the US would scrap all sanction waivers for importers of Iranian oil after May 2, heightening concerns about supply in the market.

On Wednesday, Brian Hook, U.S. Special Representative for Iran and Senior Policy Advisor to the Secretary of State, said the sanctions have slashed Iran’s government more than $10 billion in oil revenue.

“Before sanctions…Iran generated as much as $50 billion annually in oil revenue. We estimate that our sanctions have already denied the regime more than $10 billion since May (2018),” Hook said.

Oil prices fall after jumping to 2019 highs
Next

Oil down as Trump says he told OPEC to lower prices