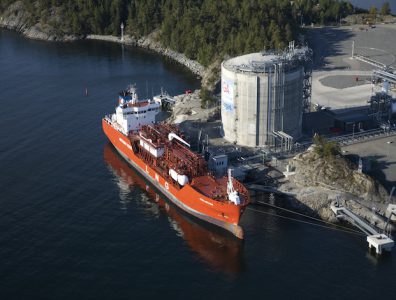 ATHENS, December 17, 2015 – US LNG company Cheniere Energy is looking to co-operate with the Public Gas Corporation of Greece to export US gas to the Balkans through the country. The company is planning to build an LNG terminal off Alexandroupolis and export US gas to Greece.

The facility would have an estimated annual capacity of 6.1 bcm (215 bcf) and supply gas through the planned Interconnector Greece-Bulgaria natural gas pipeline, the contract for which was signed between the two countries last week. The terminal will cost about $415 million and will be financed by EU funds and debt.

Cheniere’s head of marketing Jean Abiteboul said on Wednesday during talks in Athens that the terminal would be a regional gas distribution centre for markets in Greece, Bulgaria, Serbia and Turkey, with the possibility of expansion to Ukraine via Romania.

Abiteboul said cheap US shale gas reserves would hit the international market early next year. Greece and the surrounding region currently relies on Russia’s Gazprom as the sole natural gas supplier. The terminal would present a diversification opportunity in the market.