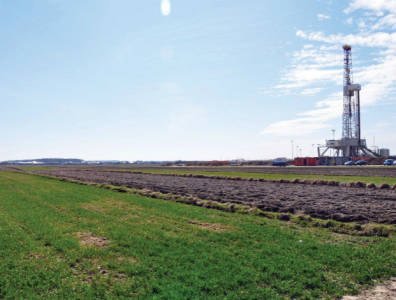 WARSAW, February 2, 2015 – Chevron Polska Energy Resources, the Polish subsidiary of US major Chevron, has decided the pull the plug on shale exploration in the country, citing unfavourable market conditions, the company announced over the weekend.

The decision follows similar moves by ExxonMobil, Talisman Energy, Marathon Oil and Total, which have all halted shale exploration in Poland. In a statement, Chevron said the opportunities in the country “no longer compete favourably with other opportunities in Chevron’s global portfolio.” Last week, CEO John Watson said the company would reduce 2015 capital spending by 13 percent due to the persistent oil price slump.

Furthermore, exploratory drilling for shale in Poland has faced several setbacks over the years, including difficult geological conditions, a restrictive business environment and downgrades in gas reserves estimates. According to estimates by the US Energy Information Agency (EIA), Poland’s shale gas reserves measured between 4.1 tcm and 5.3 tcm (145 tcf and 187 tcf). However, a 2012 study by the Polish Geological Institute projected the resource volume to be closer to 346-768 bcm (12 tcf-27 tcf). Even the institute’s higher estimates – 1.9 tcm (67 tcf) – represent little more than one-third of the original EIA assessment.

Union members on strike at major US refineries
Next