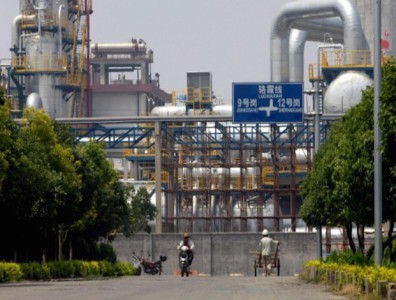 China crude imports drop in May

BEIJING, June 8, 2015 – In May, China’s oil imports went down nearly 11 percent compared to the same time period last year, bringing 170 million barrels into the country last month. China purchased nearly 25 percent less crude oil than it did in April, according to its General Administration of Customs. The country is expected to increase imports during the second half of the year, as its capacity to store oil will improve after new storage tanks are scheduled for completion.

The fall in import demand occurred after OPEC reached an agreement on Friday to continue not to place limits on output. The organisation announced that it might go over its current production of nearly 30 million barrels per day if more oil is exported from Libya, Iraq or Iran.

Major worldwide producers are expected to further increase production, with Saudi Arabia and other low-cost producers continuing to raise output, according to Goldman Sachs. The US will likely boost drilling activity because oil prices have gone up enough to make exploration activity viable again.

For more news and features from China, please click here.

Saipem wins contract for Aje field in Nigeria
Next