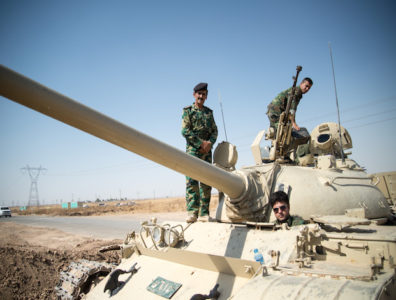 BAGHDAD, June 8, 2015 – Iraq has plans to create a dedicated army of 27,000 security personnel to defend its energy infrastructure against attacks by Islamic State insurgents. During recent OPEC meetings, Iraqi oil minister Adel Abdel Mahdi outlined the new initiative, saying that the new forces would be compiled from the existing energy police that are directed by the country’s Interior Ministry.

“Their mission is to secure all oil and electricity facilities,” said Abdel Mahdi.

Iraq produces nearly 4 million barrels per day and is the second-largest producer in OPEC following Saudi Arabia. There are fears that attacks from the extremist group could disrupt oil exports and gain further funding via crude oil sales. Some industry officials estimate the group could be making nearly $1 million per day from exports of stolen oil.

The organisational structure of the new security force will be announced in the coming weeks, according to Abdel Mahdi.

For more news and features from Iraq, please click here.