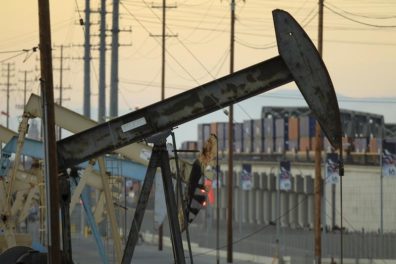 On the New York Mercantile Exchange crude futures for November delivery rose 0.47% to $50.84 a barrel, while on London’s Intercontinental Exchange, Brent edged up 0.11% to $56.47 a barrel.

Inventories of U.S. crude fell by roughly 2.8m barrels in the week ended Oct. 6, handily beating expectations of a draw of 2m barrels.

The mixed report on inventories from the EIA came ahead of a monthly update from the International Agency Energy on Thursday suggesting that global demand for oil could come under pressure next year.

Demand for Opec oil would be 32.5 million barrels per day in 2018 — around 150,000 bpd lower than the group pumped last month, The International Energy Agency said on Thursday.

In May, Opec and non-Opec members agreed to extend production cuts of 1.8m barrels per day for a period of nine months until March 2018 but rising production from the U.S., Nigeria and Libya has undermined the oil cartel’s efforts to curb excess supply.

Rising U.S. output is expected to continue to cap upside in crude oil prices, as the EIA forecast total domestic production to average 9.9 million barrels a day in 2018, the highest annual average production in U.S. history.