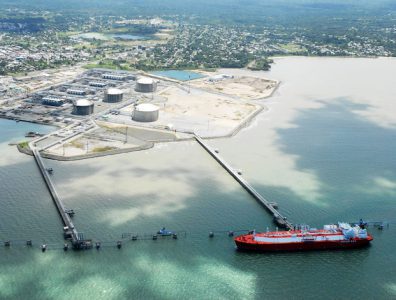 PORT OF SPAIN, December 7, 2022 – Stakeholders in the Caribbean’s largest LNG plant have reached an agreement on revamping its ownership, the Trinidadian Office of the Prime Minister announced on Tuesday.

Partners including Shell, BPTT and the National Gas Company of Trinidad and Tobago agreed to restructure the plant as a single utilised facility under a common ownership structure, with an additional agreement with the government on commercial terms.

Previously the plant had operated with separate ownership structures for each train. The new common structure is expected to allow Atlantic to pursue efficiency and decarbonisation initiatives.

NGC will take stakes in all four of the complex’s trains, up from two, with Shell and BP reducing their shares. With an accord to continue the closure of Train 1, in which Chinese Investment Co holds 10%, that leaves Shell, BP and NGC as the effective owners of the plant.

Trinidadian Prime Minister Keith Rowley said the deal would allow the government to market its own LNG globally.

For its part, Trinidad and Tobago’s Energy Chamber hailed the news. “Clarity on the ownership and commercial structure of Atlantic and the pricing mechanisms for natural gas exported through the facility are vital for investor confidence,” the chamber said in a press release.

The agreement will also allow third-party gas suppliers access to the facility, which could spur outside investment.