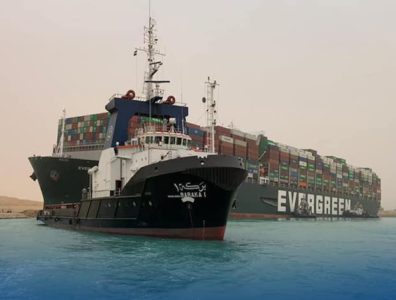 LONDON, March 29, 2021 – Oil was down Monday morning in Asia but stabilized after four consecutive sessions of wild movement. Efforts to get traffic moving again continue after the Ever Given container ship blocking the Suez Canal was refloated, while there was little change in terms of demand.

Oil-laden tankers, container ships and bulk carriers are among the hundreds of vessels backed up at both ends of the canal, even as the container ship was re-floated.

“Each day that passes increases the oil on water rather than in the refinery for processing,” which “should help to re-tighten the physical market and stabilize prices,” Axi chief markets strategist Stephen Innes told Reuters.

Oil ended a roller-coaster week with gains of more than 4% on Friday as investors gauged the impact of the traffic jam in one of the world’s most important waterways. Rising numbers of Covid-19 cases globally, with India’s Maharashtra state reporting a record spike in Covid-19 cases, raining fuel demand recovery fears in both the world’s third-largest oil importer and elsewhere.

Expectations that the Organization of the Petroleum Exporting Countries and its allies (OPEC+) will maintain lower output levels when it convenes later in the week gave the black liquid a small boost, however.