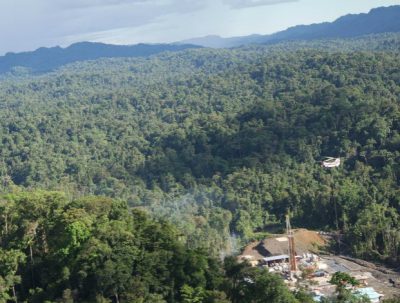 Exxon gets on InterOil bandwagon

HOUSTON, July 18, 2016 – ExxonMobil on Monday officially announced it had bid for InterOil in an effort to bolster its LNG operations in Papua New Guinea. The US major made a “superior proposal” to the one made by Oil Search in May.

Three months ago, the Papua New Guinea-focused company reached an agreement with InterOil on a USD 2.2-billion acquisition, a deal the company now intends to abandon in favour of ExxonMobil’s offer. Oil Search will have until July 21 to place a counter bid.

Oil Search, one of operator ExxonMobil’s partners in the existing PNG LNG venture, is also one of the stakeholders in the proposed Papua LNG project, which seeks to develop the onshore Elk-Antelope gas discoveries and calls for the construction of an LNG plant adjacent to the PNG LNG facility.

For that reason, the ExxonMobil bid also affects Total. As part of an InterOil acquisition, Oil Search had intended to sell down part of the former’s interests in the Papua LNG venture to Total in a deal valued at USD 1.2 billion. The French major would then have a 48% stake in the project.