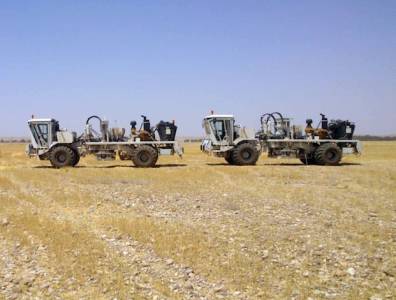 ERBIL, March 25, 2015 – Gazprom Neft Middle East will conduct a 2D seismic survey in the Kurdistan Region of Iraq on the southeastern portion of the Halabja block.

The survey will cover 870 line-kilometres and is scheduled for completion by the end of 2015.

The company, a division of Russia’s Gazprom Neft, operates both the Halabja and Shakal blocks with an 80-percent stake, with the Kurdistan Regional Government holding the remaining 20 percent. It also has a 40 percent stake in the Garmian block, with Canadian operator WesternZagros holding 40 percent and the government 20 percent.

Equipment for the survey will be transferred from the block’s southwestern section, where 225 kilometres of data have already been acquired. 2014 also saw a 130-line-kilometre survey at the block.

Mikhail Kholodov, the company’s CEO, told TOGY last year that seismic data is being acquired wirelessly to minimise damage to the environment in the block’s complex terrain

The first exploration well for the Halabja block is expected in late 2015 or 2016.

Linn and Quantum in acquisition alliance