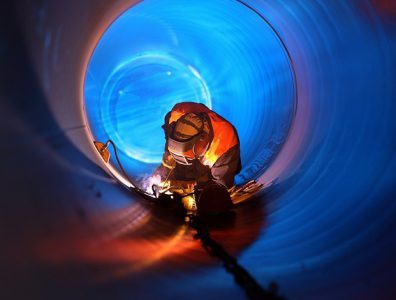 PARIS, January 25, 2023 – Germany has decided to connect to a proposed hydrogen pipeline linking production hubs in Portugal and Spain to France, officials from France and Germany announced on Sunday.

The H2MED project will transport 2 million tonnes per year of hydrogen or 10% of EU’s total consumption through system of pipelines from the Iberian peninsula to Marseille, France.

The project – originally announced in December 2022 – is expected to become operational in 2030.

According to Reuters, the undersea section of the proposed 455-kilometre pipeline will be called BarMar and cost between USD 2.18 billion and 3.26 billion.

The additional pipeline connecting Spain and Portugal is expected to cost around USD 381 million.

Projected cost of the link to Germany was not disclosed.

Portugal and Spain are considered ideal locations for green hydrogen production due to the Iberian region’s abundance of sunshine and wind.

Hydrogen created through nuclear energy or red hydrogen is being considered for production in France, which could be sent in the opposite direction via the pipeline.

Earlier in January, Germany and Norway signed an MoU to develop hydrogen-related assets in both markets and build a hydrogen pipeline linking the two.