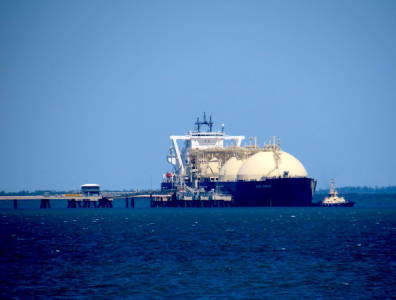 Gorgon to begin exports by June

PERTH, January 19, 2016 – A non-binding deal was signed Monday between China’s ENN LNG Trading Company and Chevron for up to 500,000 tonnes per year of LNG from the Gorgon development over a 10-year period.

The first LNG cargo from the Gorgon project, located in Western Australia, is expected to be ready for export in the first half of 2016, with deliveries satisfying the agreement beginning between 2018 and 2019.

With an initial price tag of USD 37 billion, the cost of developing the Greater Gorgon gasfields’ estimated 391 bcm (13.8 tcf) of proven reserves has almost doubled to USD 54 billion. The project, which began in 2009, has suffered repeated delays. In 2013, prior to the oil price slump, Chevron expected that the first LNG shipment from the Gorgon development in mid-2015.

The estimated 15.6-million-tpy production from the project was intended for export to Asia, but slowing economic growth and weakened demand in the region suggest this may change.

With the price of gas down by 50% since work at the field began, the economic viability of the mega-project is being reassessed. Shell announced the same day that it would withdraw from the development of Abu Dhabi’s Bab sour gas asset. These departures follow massive upsets in the global oil market, which saw the price of oil drop to USD 27.67 per barrel on Monday.

For more information and features on Australia, click here.

Petronas to cut costs by $11.4 billion
Next