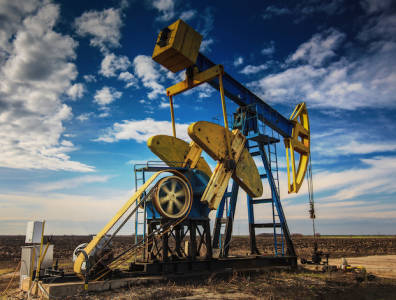 The most recent crude oil market crash follows the lifting of sanctions against Iran, allowing the entrance of Iranian petroleum into the global hydrocarbons market. Iranian Deputy Oil Minister Roknoddin Javadi has suggested that Iran could produce upwards of 50,000 bopd.

Conflicts between Islamic State militants and Iraqi forces and the ongoing civil war in Syria have contributed to the price drop. Unrest involving thousands of protestors in places such as Ecuador, Nigeria and Venezuela as well as volatility in the Chinese stock market have also had a negative impact on the global hydrocarbons market.

“The apparent weakness in the Chinese economy is radiating out into the world. An awful lot of producers who enjoyed good times were more dependent on Chinese economic growth than they recognized. This is an oil shock,” The New York Times quoted IHS vice-chairman Daniel Yergin as saying.
These variables, coupled with the OPEC’s refusal to lower production rates in an effort to force the collapse of the US shale market, have created a perfect storm in the market and insecurity among traders, forcing the price of oil to its lowest since 2003.

Even with today’s drop in crude prices, OPEC remains confident that the market will begin to stabilise in 2016. With several Middle Eastern countries facing a possible deficit in their revenue for the first time in 20 years, a recovery in the market would be a very welcomed event.

Pacts signed between Saudi Arabia and Mexico
Next

Suncor strikes $6.6 billion deal with COS