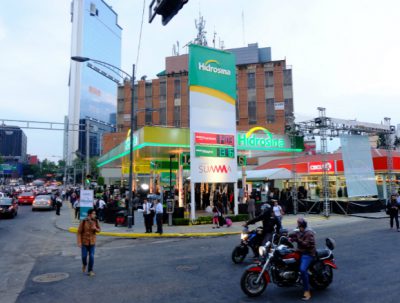 MEXICO CITY, June 6, 2016 – Mexico’s Grupo Hidrosina launched its first petrol station under its own name on Monday. The event marks the company’s first step in expanding its activities as a private entity in Mexico’s recently liberalised fuel retail and distribution sector.

The launch of the station, located in the heart of Mexico City, was attended by officials from the Energy Regulatory Commission, private industry players and Grupo Hidrosina’s general director, Paul Karam.

Grupo Hidrosina aims to have 300 service stations by 2020, something that the company estimates will require a USD 10-million investment. The company is also considering expanding its business to include storage and distribution of oil products.