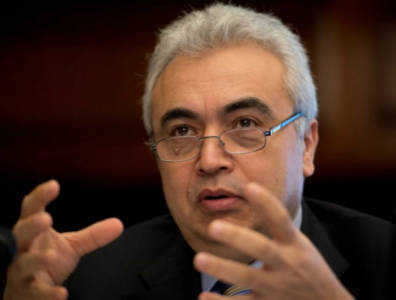 KITAKYUSHU, May 2, 2016 – Fatih Birol, head of the International Energy Agency, said on Sunday that the oil markets will begin to rebalance in the second half of 2016 or by 2017 at the latest. Speaking in Japan, he also said the recovery depended on the health of the global economy.

The statements followed market optimism on Friday that saw Brent trade at a 2016 high of USD 48.50, strengthening the belief that prices had bottomed out. “It may well be the case,” Birol said, “but it will depend on how the global economy looks like. In a normal economic environment, we will see the price direction is rather upwards than downwards.” Earlier today, the price stood at USD 48.13, with WTI crude oil trading at USD 45.92

Birol said market rebalancing and the expected drop in non-OPEC output should ideally be accompanied by an uptick in upstream investment. “What we would like to see is, after a big decline in 2015 and 2016, there will be a rebound in investments [in 2017], and bringing [investments] to the level of USD 600 billion once again,” he noted.