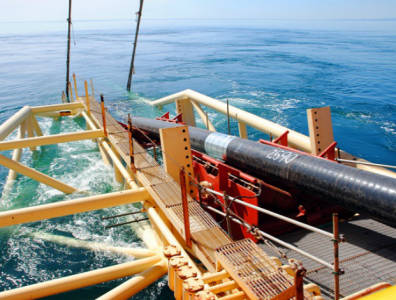 Iran-Oman pipeline to launch by 2020

TEHRAN, February 8, 2017 – Iran expects to launch exports of gas to Oman through a new pipeline by 2020, an official said on Tuesday.

The remarks by Ali Amirani, director of the Gas Export Department of the National Iranian Gas Company, came the same day as oil ministers from Iran and Oman met for talks on the project.

The governments of the two countries signed an agreement in 2013 for the construction of a 400-kilometre pipeline comprising onshore and offshore segments. The gas will be converted to LNG for exports from Oman.

Under the agreement, Iran will export around 25 mcm (882 mcf) of gas per day to Oman for 25 years after the pipeline becomes operational.

During Tuesday’s meeting, Iranian Minister of Petroleum Bijan Namdar Zangeneh and his Omani counterpart, Mohammed Al Rumhy, agreed on a new route for the pipeline that will bypass UAE waters, which Zangeneh said would not impact the project financially, and reaffirmed their commitment to the project.

They also announced that the project would be finalised by the end of February, and said deepwater mapping for the pipeline would be complete in the coming months.