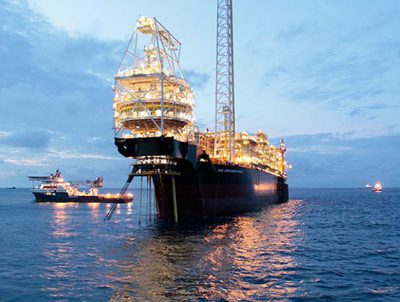 Tullow’s sales revenue, however, was down 21% year-on-year to USD 1.27 billion. The ramp-up of the Tweneboa, Enyenra, Ntomme (TEN) fields offshore Ghana boasts well for the remainder of the year, Chief Executive Adian Heavey said.

“The clear highlight of 2016 was delivering Ghana’s second major oil and gas development, the TEN fields, on time and on budget. Production from TEN, alongside our other West African oil production, has provided Tullow with positive free cash flow and enabled us to begin the important process of deleveraging our balance sheet,” Heavy said in comments on the company’s full-year results.

Tullow Oil expects the project offshore Ghana to deliver 50,000 bopd gross in 2017, with the resumption of drilling operations scheduled for 2018. The company’s other major endeavour in Ghana, the Jubilee project, is forecast to yield a net production of 36,000 bopd this year.