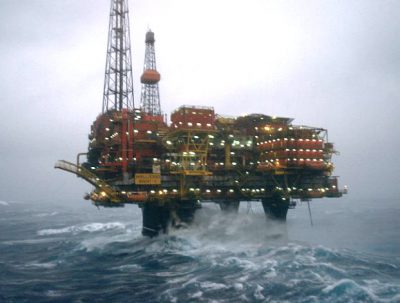 Shell’s programme will elaborate on the decommissioning of the field’s platforms, especially those resting on concrete gravity-base legs. The company will apparently suggest to leave the legs of the Brent Bravo, Charlie and Delta platforms in place.

The concrete gravity-base legs, 10 in total, have storage cells for oily sediment. According to The Independent, 42 of the 64 cells contain sediment.

In comments to the daily, Shell’s business opportunity manager for the Brent decommissioning project, Duncan Manning, said the legs’ content would pose almost no threat to the environment.

“This sediment is going to remain encased or entombed in these structures for hundreds of years. The legs will remain in place for 150 to 250 years. They will eventually degrade at sea level and then slowly crumble down,” Manning said, adding that the release of oily sediment would have a “very small” environmental impact on the marine environment.

Other stakeholders, ranging from fishing federations to environmental groups, have raised no major objections.

“If the legs are to remain and cause an obstruction, as a general principle, the fishing view is that we should be able to see them,” the Scottish Fishermen’s Federation was quoted as saying.

The World Wildlife Fund said oil and gas companies “have a legal, as well as moral, obligation to clean-up their mess.”

“The rules already allow for companies to seek permission to leave some material behind – such as the massive concrete legs – where moving it would pose an unacceptable risk to staff or the environment. We accept this principle,” Lang Banks, director of the WWF’s Scotland chapter, said.