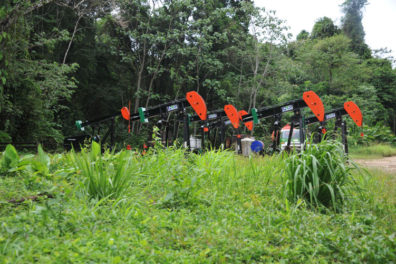 PORT OF SPAIN, November 19, 2014 – The Goudron oilfield has spudded its seventh well, with an eighth imminent. It is part of an aggressive 30-development well programme for UK-based exploration and production company LGO Energy, previously Leni Gas & Oil.

The GY-670 well is the second of three wells planned from Pad-3. An eighth well, GY-671 will be drilled to a depth of almost 975 metres at the Gros Morne formation to a target in the C-sands.

Operations for LGO in Trinidad and Tobago include assets at Goudron, where it holds a 100-percent stake as owner and operator, Moruga North and Cedros Peninsular leases, as well as the Icacos oilfield, of which it holds a 50-percent stake.