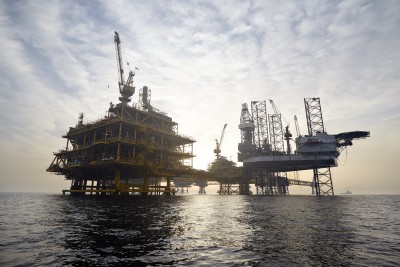 COPENHAGEN, February 8, 2017 – Maersk Group posted its financial results for the fourth quarter and full-year 2016 on Wednesday, with its energy business delivering mixed results.

Maersk Oil returned to black, recording a profit of USD 477 million over the whole of last year. The results saw the division recover from a USD 2.15-billion loss in 2015. Over the fourth quarter of 2016, Maersk Oil made a profit of USD 230 million.

While the business was able to achieve entitlement production increases in Algeria and the US, the total number entitlement barrels dropped from 333,000 to 276,000 boepd over the fourth quarter, mainly on account of lower volumes in Qatar.

Measured over the full year, production came out at 313,000 boepd. Maersk Oil’s projections for 2017 will be affected by its exit from Qatar’s Al Shaheen field in mid-July, when Total will take over. As such, Maerks expects an entitlement production of some 150,000-160,000 boepd for the second half of this year, with the full-year volume expected to reach between 215,000 boepd and 225,000 boepd.

Maersk Drilling’s performance was hampered by a USD 1.51-billion impairment charge related to deepwater operations, which was booked in the last quarter of the year. This resulted in a quarterly loss of USD 1.42 billion, the division’s figures revealed. Full-year losses hit 694 million, compared with a USD 751 million profit for 2015.

Maersk Supply Service, too, had to book an impairment charge and as a result reported a quarterly loss of USD 1.11 billion. It also weighed on the unit’s full-year results, which showed a USD 1.23-billion loss. Operations suffered from reduced offshore spending, resulting in oversupply.

While Maersk Tankers posted a USD 13-million loss over the last three month of the year, it nonetheless recorded a full-year profit of USD 62 million. That said, the result meant a 61%-year-on-year drop in earnings.