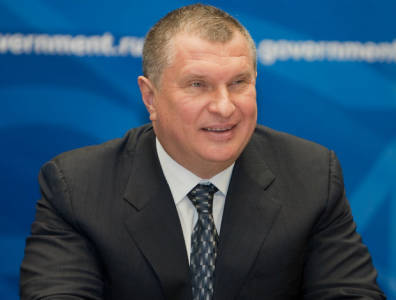 “A co-ordinated supply cut by major exporters by around 1 million barrels per day would sharply reduce uncertainty and would move the market towards reasonable pricing levels,” he stated. He estimated that oversupply had reached 1.5 million bopd globally.

An output reduction could curb plunging prices, which hit a 12-year low of USD 27.10 last month, while allowing countries to continue supply and keep market share.

The close ally of Russian President Vladimir Putin also maintains that the global oil glut is the fault of OPEC. The government official had previously expressed Moscow’s opposition to work with OPEC, saying that Russia’s oil industry could maintain itself despite the price rout due to inexpensive labour and a weak ruble.

In a meeting with Saudi Oil Minister Ali Al Naimi, the idea was reportedly met with some openness, particularly if Iran agrees to participate. Iran and Iraq have both announced the intention of boosting output this year. Kuwait plans to raise crude oil production by 150,000 bopd by this year’s Q3.

Venezuela has been vying to expedite the scheduled date for OPEC’s next regular summit in June for co-ordinated talks on the proposal.