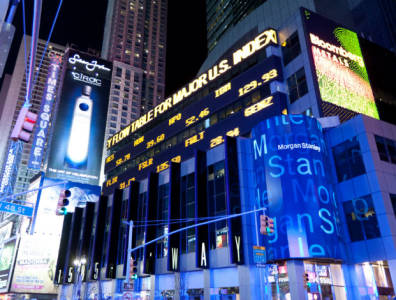 NEW YORK CITY, February 5, 2016 – Morgan Stanley expects the oil markets to rebound before the end of 2016 and to gradually reach USD 70 per barrel by year-end 2018, the financial services firm said on Friday. The statements come as Morgan Stanley cut its forecast for 2016 by USD 19 to reach USD 30 per barrel for the remainder of the year.

With stockpiling expected to lessen in 2017, oil prices could stabilise at USD 40 before reaching USD 50 in 2018, Morgan Stanley said. Earlier this week, the top executives at Shell and BP made similar statements, with BP’s Bob Dudley counting on a rebalancing of prices from the third quarter onwards.

Ben van Beurden, the CEO at Shell, made a more conservative estimate, saying “we will probably see a rebalancing of the market later this year – maybe early next year.”

For more news and information on the oil and gas industry in the US, click here.