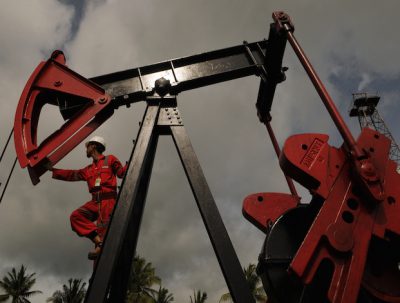 Tahar will be part of a largely new Cabinet, which is expected to be inaugurated later on Wednesday. Apart from the minister of energy, the line-up will feature new faces for trade, transport, security and finance.

“Approaching two years of my administration, the challenges we are facing are not easy,” President Joko Widodo told reporters late on Tuesday. “We have to confront our poverty problems; we need to decrease the economic gap between the rich and poor,” he added, referring to the appointment of World Bank managing director Sri Mulyani as new minister of finance. The move was labelled a “game changer” by analysts, and a necessary component of a “dream team.”