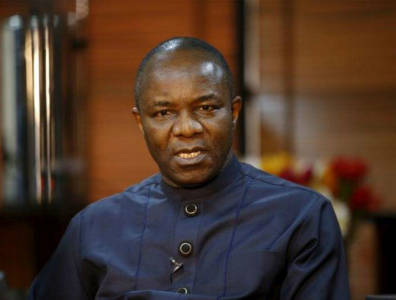 The country reached a settlement with the Chevron, Eni, ExxonMobil, Shell and Total on exploration and production costs in November 2016, with the first instalment of its USD 5.1-billion to be paid within three weeks.

The dispute centred on exploration and production costs incurred by the IOCs between 2010 and 2015 that should have been split between the mentioned operators and Nigeria National Petroleum Corporation (NNPC) in the respective partnerships. The IOCs have frequently accused NNPC of not carrying its share of the costs.

“The initial payments would be made by the end of April 2017,” Kachikwu said in a statement, adding that the IOCs are expected to “ramp up investments in the country’s oil and gas sector” in return.

The minister, who reportedly courted ExxonMobil for investment in domestic refinery projects on Wednesday, said the five-year repayment scheme could unlock USD 15 billion in international investment.

Lower oil prices and continued attacks on oil infrastructure have put a strain on Nigeria’s finances. According to an NNPC report on Wednesday, crude volumes sold dropped from 772.2 million barrels in 2015 to 668.59 last year, resulting in a USD 6.7-billion hit.

In related news, the lower house of parliament on Wednesday said it had formed a committee to investigate the acquisition by Eni and Shell of the OPL 245 Block offshore Nigeria.

Earlier this week, the IOCs were rocked by fresh allegations of wrongdoing. Eni and Shell are accused of having made payments for the asset knowing it would likely result in a bribery scheme.