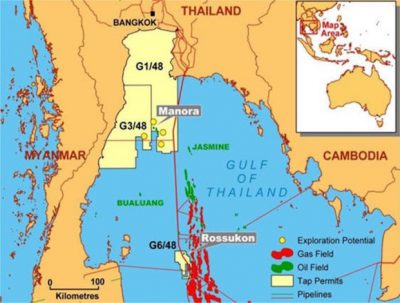 The Manora Oil Development sits in the G1/48 concession in the northern Gulf of Thailand. Production began at the site on November 11, 2014, consisting of a platform, a floating storage offloading unit and development wells that offload via a pipeline.

Development plans include up to 15 wells – 10 production and 5 injectors.