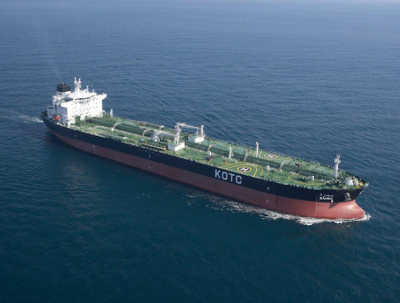 Oil down after gaining overnight on signs of trade deal

LONDON, November 8, 2019 – Oil prices gave back some of their gains from earlier in the day after China said they are rolling back tariffs with the US.

Gao Feng, a spokesperson for China’s Commerce Ministry, said at a weekly briefing in Chinese that the US and China have “agreed to remove the additional duties imposed on each other’s products in different phases after they make progress in reaching a deal.”

Canceling tariffs is vital to the first phase of their trade agreement, which both sides have agreed to do as negotiations progress, he said.

Oil prices initially gained on Gao’s remarks, while stock markets also rallied in the US as all three major indexes on Wall Street hitting record highs overnight. Chinese stocks also gained today, with the Shanghai Composite and the SZSE Component rising 0.4% and 0.9%.

Trade news have been directing movements of oil prices this week. On Wednesday, the US crude benchmark dropped 1.5% on suggestions that the first phase of the Sino-US trade deal might be delayed until December. Brent fell 2% on the same day.

In other news, CNBC reported today that OPEC and its allies are currently considering deeper production cuts to maintain stability in the oil market.

Under a deal agreed late last year, the OPEC+ group will cut oil output by 1.2 million barrels per day to support prices. The agreement runs until March 2020, and the producers are due to meet in Vienna to review the terms of the policy on December 5-6.

CNBC noted that the Aramco IPO pricing, which will happen one day before the Vienna meetings, might influence the producer group’s decisions.