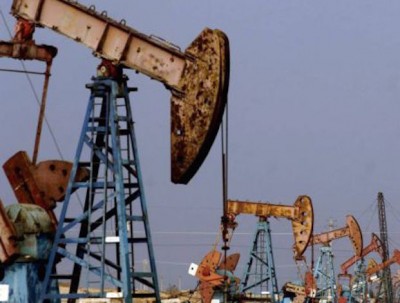 Oil down amid rising inventories, and Sino-US tensions

The EIA said oil inventories rose 1.572 million barrels for the week ended Nov. 22, compared with analysts’ expectations for a decline of 418,000, according to forecasts compiled by Investing.com.

“While imports did go up a little, refining is steady at near 90% of capacity,” Investing.com analyst Barani Krishnan said. “So, as much as the bulls would like to create a narrative here, they haven’t got the numbers yet for it.”

“After last week’s slight miss on the crude build numbers, this week, the market has completely missed the direction on the crude storage,” Krishnan said.

Separately, energy services company Baker Hughes reported that US oil drillers reduced the number of drilling rigs for a record 12 months in a row.

Drillers cut three oil rigs in the week to Nov. 27, bringing the count down to 668, lowest since April 2017, Baker Hughes said.

The move is likely to complicate trade talks with Beijing, which has repeatedly criticized the US for meddling in its domestic affairs. In a statement released hours after Trump signed the bill, China said the move highlighted the “sinister intentions and hegemonic nature of the United States.”

The two nations were reportedly getting close to signing a phase one trade deal. Trump said earlier this week that they were in the “final throes” of the deal.