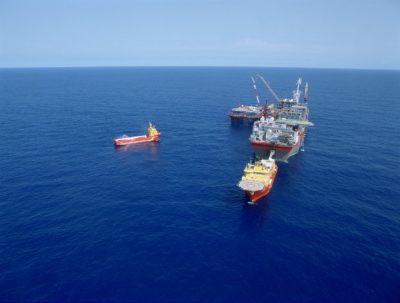 Oil down as Saudi returns to full production

LONDON, September 27, 2019 – Oil prices fell on Friday in Asia after Saudi Arabia said its oil production was up and fully running.

Oil prices were down almost 6% so far this week, marking the largest weekly loss in two and a half months.

The fall in prices came after the kingdom said it has recovered from the September from the Sept 14 attack on its energy facilities which briefly disrupted about 5% of daily global crude production.

“For most of the week … the market has been trading lower as oil bulls have been discouraged by the quicker-than-expected return of Saudi oil output,” said Stephen Innes, Asia Pacific market strategist at AxiTrader, in a Reuters report.

The attacks initially sent oil prices surging about 20%, before giving back some of their gains this week.

Worries about Donald Trump’s future also weighed, as an impeachment inquiry hung over the president.

After days of pressure by Democrats, the White House released a reconstructed transcript of a call between the president and his Ukrainian counterpart, where Trump is heard asking a “favor” before discussing a corruption probe in the East European nation that links to his political rival Joe Biden.