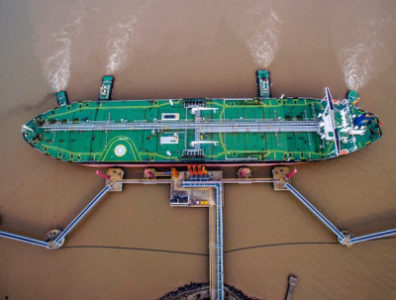 Oil down as uncertainty over OPEC production cuts grows

LONDON, June 5, 2020 – Oil was down on Friday, giving up its gains from the previous session over uncertainty as to whether OPEC will commit to extending future production cuts after the current cuts expire at the end of June.

But both benchmarks ended the week with a sixth weekly gain on increased optimism over the global economic recovery from Covid-19.

Investors were left disappointed when OPEC+ failed to push up its policy meeting to Thursday, as was widely expected.

The organization is struggling over accusations that some of its members failed to stick to the production cuts agreed to in April. But Russia and Saudi Arabia, two of the biggest global oil producers, are leading the movement to extend the cuts, and OPEC could still hold a ministerial video conference on Saturday or Sunday should adherence to the cuts improve.

“The oil group is struggling to find consensus around extending deep output cuts…the growing fear is that not only will a deal to extend the deep cuts not be reached, but producers may even relax their current over-compliance. This would ultimately see output rise in coming weeks,” ANZ warned in a note.