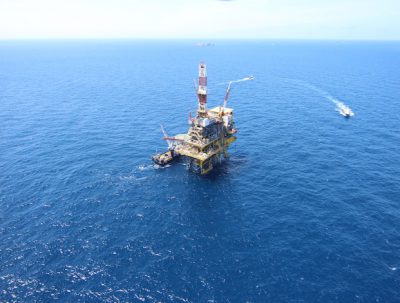 Oil down in Asia, on track for weekly loss

LONDON, September 4, 2020 – Oil was down on Friday morning in Asia after reports that production in the Gulf of Mexico is moving closer to restarting following the halt caused by Hurricane Laura.

On Thursday, the US Bureau of Safety and Environmental Enforcement (BSEE) reported that all dynamically positioned rigs have returned to their working locations in the Gulf of Mexico but production has not yet restarted in 16% of rigs.

On Wednesday, the US Energy Information Administration (EIA) reported that crude inventories fell by 9.4 million barrels for the week to Aug. 28, much larger than the expect fall of 1.2 million barrels.

Also on Thursday, the US Department of the Treasury’s Office of Foreign Assets Control (OFAC) designated six entities as providers of logistical support for the sale of Iranian crude to international markets. Washington also targeted five companies and three individuals sanctioned for allegedly “engaging in a significant transaction for the purchase, acquisition, sale, transport, or marketing of petroleum or petroleum products from Iran.”

Also putting a cap on prices, data from Refinitiv Eikon forecast that oil imports by China could fall in September after a large boost in inventories over the past five months.

“We anticipate further run cuts this fall to expedite the rebalancing of product stocks,” RBC Capital analyst Mike Tran said in a note, quoted by Reuters.